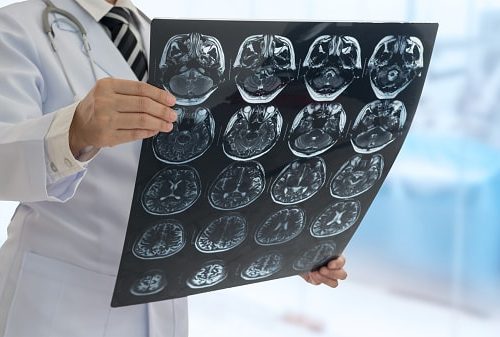 A stroke and a seizure are two medical events that occur in the brain. Both conditions share similar symptoms, which can make diagnosis confusing. If both are left untreated, they could lead to serious long-term damage to the brain or possibly even death.

In both stroke and seizures, there are abnormalities in the brain, but they have different origins.

A person can live with reoccurring seizures through proper treatment and management. A stroke, on the other hand, is a one-time event. If it does reoccur, it increases the risk of mortality.

To better understand the differences and similarities between strokes and seizures, we have outlined their causes, risk factors, symptoms, diagnosis, and treatment.

Difference between Causes and Risk Factors for Stroke and Seizure

A stroke is caused by a blood clot in an artery within the brain that can cut off circulation to the brain. The carotid arteries are what carry blood to our brains. Any plaque build-up in the carotid artery can lead to a stroke. This is what we refer to as an ischemic stroke; however, there is also another type of stroke called a hemorrhagic stroke. This happens when a blood vessel in the brain ruptures and blood starts to seep into surrounding tissue. High blood pressure, which can strain the walls of arteries, can lead to a hemorrhagic stroke.

For the brain to communicate, neurons in the brain send and receive electrical impulses. When these signals are disrupted, it leads to a seizure. Seizures are most commonly seen in epileptics but not all people who suffer from seizures have epilepsy. Other common causes for seizures include high fever, which can be associated with an infection such as meningitis; lack of sleep; low blood sodium (hyponatremia); medications, such as certain pain relievers; head trauma that causes bleeding in the brain; stroke; brain tumor; illegal or recreational drugs, such as amphetamines or cocaine; and alcohol abuse during times of withdrawal or extreme intoxication.

The biggest risk factor for seizures is having epilepsy. A family history of seizures or seizure conditions can also increase your risk of seizures. Lastly, a stroke or head injury could also contribute to seizures.

Symptoms of Stroke and Seizure

Stroke symptoms include sudden numbness or weakness in the face, arm, or leg, especially on one side of the body; sudden confusion; difficulty speaking or understanding speech; dizziness; loss of balance or lack of coordination; a sudden headache with no cause; and problems with memory.

Seizure symptoms include temporary confusion, a staring spell, uncontrollable jerking movements of the arms and legs, loss of consciousness or awareness, and cognitive or emotional symptoms such as fear or déjà vu.

Seizures are classified as either focal or generalized, but if the cause of it is unknown, then it is classified as unknown onset. In focal seizures, a person may or may not lose consciousness. Symptoms related to focal seizures may be confused with neurological disorders.

Generalized seizures come in many different types including absence, tonic, atonic, clonic, myoclonic, and tonic-clonic. Each of the different types of generalized seizures brings upon different symptoms including body movements, blinking of the eyes, sudden falling, rhythmic jerking of the body parts, brief jerks and twitches, and the grandest of symptoms are found in tonic-clonic seizures, which cause abrupt loss of consciousness, loss of bladder fluids, stiffening and shaking, and biting of the tongue.

Early treatment of stroke is vital, so treatments will often be applied before a diagnosis is actually confirmed. For instance, aspirin is given to suspected stroke patients to help prevent further blood clotting.

If you have a stroke, a quick review of symptoms and medical history will be conducted. You will likely get a CT scan of your brain. This type of scan can show bleeding in the brain. You might also undergo an MRI.

These tests include a neurological exam to rule out neurological problems along with determining how your brain is functioning and nervous system. Blood tests check for infections, genetic mutations, electrolytes, and blood sugar levels. Lumbar puncture is used when the doctor suspects an infection.

Your doctor may also do an electroencephalogram (EEG), which is when electrodes are attached to the head and record electrical activity in the brain. CT, MRI, and PET scans may also be done.

Differences in Treatment Methods of Stroke and Seizure

Because ischemic strokes are caused by blood clots, they are treated using a drug that targets and rapidly disintegrates clots called TPA, or thrombolytic therapy.

While ischemic strokes can be treated effectively, the success of TPA drugs and treatments relies heavily on the time in which they are administered. This makes knowing and reacting to the symptoms of stroke extremely important, as the moment one occurs, the clock starts ticking and the rate of recovery decreases. Be sure to act swiftly if you or anyone around you start experiencing any of the listed symptoms.

Proper treatment for a hemorrhagic stroke must be implanted immediately to reduce the risk of complications and death. There are drugs that a doctor can prescribe to reduce blood pressure or slow down bleeding.

Surgical treatment may also be a treatment option but only once the bleeding is under control. This may involve repairing the ruptured blood vessel or removing AVM if that is the cause. Supportive treatment includes an IV, rest, managing preexisting medical problems, and attending speech, physical, or occupational therapy.

Some patients who experience a seizure won’t have reoccurring ones, so treatment may not be necessary if it was a one-off event.

For patients who do have reoccurring seizures, there are different treatment options.

For starters, medications can be prescribed known as anti-seizure medications. There are a wide variety of these, so if one doesn’t work, then your doctor can recommend another. For some patients, the doctor may prescribe more than one medication. If your seizures are caused by epilepsy, then you will need anti-epileptic medications.

Other types of treatments include surgery to correct areas in the brain where the seizures could be stemming from. Vagus nerve stimulation is when a device is placed beneath the skin in the chest to stimulate the vagus nerve to signal the brain to stop seizures. Responsive neurostimulation is when a device is implanted on the surface of the brain that can detect the onset of seizures and deliver electrical stimulation to stop the seizure. Deep brain stimulation is where doctors implant electrodes to designated areas of the brain to help regulate abnormal brain activity, similar to what a pacemaker does for the heart. Lastly, dietary therapy, such as following a high-fat diet low in carbohydrates — known at the ketogenic diet — can help reduce the risk of seizures. This type of diet can be modified based on a person’s needs.

As you can see, there are some similarities between stroke and seizures but there are also some major differences. In either case, if a person experiences a seizure or stroke, immediate medical attention should occur to prevent complications or long-term problems.