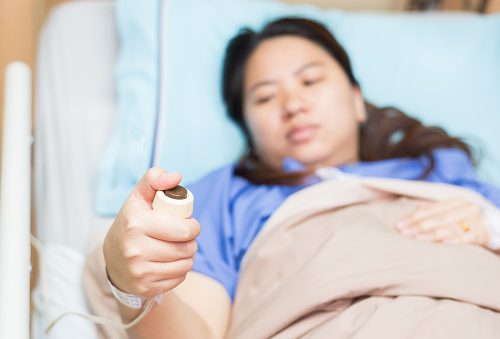 What are nocturnal seizures?

Nocturnal seizures are when a person experiences a seizure during sleep. The condition may also be referred to as nocturnal epilepsy. People who suffer from nocturnal seizures often go unaware they suffered from one at all, but may find it difficult to wake up or to stay awake. Nocturnal seizures might occur just after a person has fallen asleep, just before waking, during a daytime nap, or simply when in a state of drowsiness.

The precise reasons why nocturnal seizure in adults occurs is not fully understood but it is thought to be a central nervous system disorder where nerve cell activity in the brain become disrupted leading to seizures development. This may cause periods of unusual behavior and sensations, and sometimes even loss of consciousness.

The neural network of the brain is infinitely complex, with millions of connections making up our consciousness and controlling our daily operations. Nocturnal seizure causes can be the result of any abnormality affecting the brain and its function, some of which we don’t realize are affecting our central nervous system. the following are various nocturnal seizure causes:

While the brain is protected by the skull, injury to delicate brain tissue can still occur within it. Bumping your head or direct blunt for trauma to the skull can violently move the brain within the skull leading to contusion (injury). If the force striking the head is hard enough to break through the skull it can lead to massive swelling and inevitable brain damage. Seizure tends to develop several years after a traumatic incident.

When using substances of abuse like these, it creates a chemical shift within the brain to the point that if a person were to suddenly stop, I can lead to severe withdrawal symptoms or even seizure development. This is why people who are detoxifying from severe alcohol abuse are encouraged to do so in a clinic or detox facility so they are constantly under supervision

During sleep, our brain goes through several sleep stages, of which our brains channel through various electrical brain wave changes. A particular brain wave may trigger a nocturnal seizure

Stress can affect the mental process of the brain which can, in turn, be a possible trigger for nocturnal seizures.

This may include stimulants such as coffee, commonly used to overcome day time drowsiness. However, drinking too much coffee and therefore caffeine can be a possible trigger for nocturnal seizures.

Commonly used by those suffering from sleeplessness, sedatives have been known to aggravate nocturnal seizure problems.

Seizures can be linked to

Nocturnal seizure symptoms can be difficult to recognize as they occur when the affected person is asleep. However, if you’re more aware of the signs of nocturnal seizure you will be more likely to pick up on their occurrence. The following are some of the most common consequences and what do nocturnal seizures look like.

Identifying and diagnosing nocturnal seizures can be quite difficult for medical professionals as the symptoms that are often produced don’t immediately point to your having a seizure during sleep. The person affected may also be unwittingly subject to nocturnal seizures and simply sees a doctor for their excessive drowsiness and lack of concentration.

In order for an accurate diagnosis of nocturnal seizures to be made, it begins with an astute physician to recognized odd sleeping behavior. While they this may not be completely sure your symptoms are due to nocturnal seizure, they will keep it in their differential diagnosis just in case it happened to be the reason.

Many sleep disorders may have over lapping symptoms when compared to nocturnal seizures. Wetting the bed, nocturnal muscle strains, or even falling out of bed, can be part of several other disorders. But by asking if there is any previous seizure history, any family history of epilepsy or seizure, and current medications that are being used, it can help paint a clearer picture to why you are suffering from these symptoms.

When the diagnosis of a nocturnal seizure is suspected a more detailed look at the brain is warranted. This will come in the form of an electroencephalogram (EEG) when the person is sleeping to get a look at the brain waves during each stage. A CT or MRI can be done to get a gross image of the brain looking for any structural abnormalities. Also, information from a spouse or family member on your sleep patterns would be useful.

Why do nocturnal seizures occur?

Having seizure during sleep can be a feature of virtually any type of epilepsy. Some people have seizures exclusively during the night, while others can have a seizure that occurs both during the daytime and nighttime. The International League Against Epilepsy (ILAE) defines nocturnal seizures as seizures occurring exclusively or predominantly (greater than 90%) from sleep. An estimated 12 percent of people with epilepsy have nocturnal seizures.

It is believed that nocturnal seizures are strongly influenced by the sleep-wake cycle. The process of sleep is quite complicated with many physiologic changes occurring the body and especially the brain. There are a total of five different stages of sleep which are characterized by brain wave changes. This electrical activity within the brain moves a person between the different stages with the brain constantly cycling through them throughout the night.

Out of all the stages, the fifth stage or rapid eye movement stage (REM) doesn’t seem to induce seizure activity. The remaining four stages are therefore the most likely place for nocturnal seizures to occur. Stages one and two, also called light sleep phase, are often regarded as being the most common seizure stage of sleep.

Long standing nocturnal seizure for many years decreases the likelihood of experiencing a seizure during the daytime as seizure condition of such duration seldom deviate from their common presentation. However, daytime seizures are still a risk and may develop in cases of extreme stress or sleep deprivation, medication changes or withdrawal, or in cases of poor seizure management.

Knowing what to do in a time of a seizure episode is often considered a vital part of nocturnal seizures treatment. It helps to ensure that the patient safety is being looked after to prevent any long term complications. Such safety measures include:

How to treat nocturnal seizures?

Seizures are generally treated using prescription anticonvulsant medication. These are a diverse group of antiepileptic/anti-seizure drugs that work by suppressing the excessive rapid firing of neurons during seizures. Anticonvulsants also help to prevent the spread of a seizure within the brain. These medications often come with a whole bunch of side effects such as fatigue, nausea, and weight gain. But their use has been proven to reduce the chances of death and devastating neurological complications that seizure often inflict.

Nocturnal seizures, in particular, have a close relationship to our sleep cycle. This means that proper sleep habits can be an effective option for those suffering from this type of seizure. However, medication is still considered first line treatment therapy, but due to their side effects, they may disturb sleep to some degree. Your doctor will try to find the most beneficial medication that causes minimal side effect and doesn’t prevent excessive sleep disturbance but also stress the importance of good sleep practices as effective treatment for nocturnal seizures.

Related: Severity and frequency of epileptic seizures can be lowered with cannabidiol oil

Ketogenic diet safe and effective for those with severe epilepsy