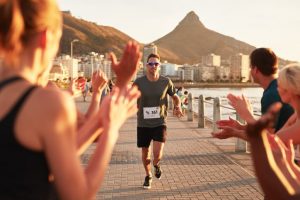 To boost testosterone levels, there are many things you can do, from changes in your diet to even using patches or gels. But if you want a quick boost, all you have to do is think and believe you are the best.

It sounds strange, but the latest research findings uncovered that believing you’ve ‘won’ or are better at competition than other men can boost testosterone and provide an inflated sense of being a sexual prospect.

The researchers measured hormones along with self-reported attractiveness and confidence in approaching women, among 38 men prior to and post-rowing competition.

The participants were unaware, but the competitions were rigged to determine a winner regardless of who the best rower was.

Previous studies have looked at how winning can affect male hormones, but it was unclear if the act of winning or believing one was a winner played a larger role.

The latest research findings uncover that the belief of being a winner – regardless of this being true or not – is enough to cause changes in hormone levels and affect sexual behavior.

The researchers refer to this phenomenon as “plasticity,” where the body adapts quickly to suit a circumstance without altering genetic make-up. The body will take advantage of the situation by creating temporary changes in chemicals in the body that boost hormone levels and behavior.

Lead author of the study Dr. Danny Longman explained, “Much of evolution consists of trade-offs in energy investment. A common trade-off for males both across and within species is between mating strategies. One reproductive approach is short-term, investing time and energy in attracting and pursuing many mates, and fighting off competition. Another approach is long-term, investing energy in raising offspring with a single mate. We found that a perceived shift in social status can cause male physiology to adapt by preparing to shift mating strategies to optimize reproductive success.”

In the animal kingdom, reproductive success is often determined by male competitiveness, where the stronger male often attracts the female and causes a successful reproduction.

Winning a competition implies greater strength and abilities, which through evolution has been grounds for being the superior male to mate with. So, females find this to be more attractive.

Those who believed they won the rowing competition also reported higher on self-perceived mate values, but there was no difference in this among the losers.

Longman concluded, “The endocrine system that controls hormones is responsive to situational changes. Previous research has shown that testosterone is lower when men are in a committed relationship, or have children, to promote long-term mating strategies. Our results show that both testosterone and its corresponding psychological effects can fluctuate quickly and opportunistically, shifting towards short-term mating in response to a perceived change in status that may increase mating value.”

If you’re looking to give your testosterone a boost along with boosting your perceived attractiveness and confidence, it’s as easy as believing you are good or even the best at something.