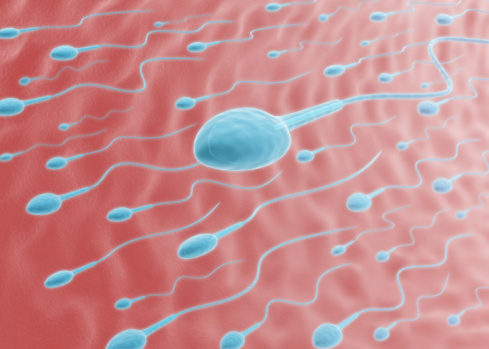 Semen analysis or, as most people call it, sperm count tests, can study the health of a man’s sperm and determine if there is in fact a low sperm count. Usually, a semen analysis looks at the number of sperm, the shape of sperm, and the movement of sperm, which is referred to as “sperm motility.” Many people can become nervous about the idea of semen testing, but remaining stress-free is important. Understanding the semen analysis process ahead of time can help ease some of the anxiety.

During a semen analysis, doctors will normally conduct two or three separate tests to make sure that they are getting an accurate reading of sperm health. The American Association for Clinical Chemistry (AACC) recommends that the tests take place at least seven days apart and over a period of about two to three months. Since sperm counts can vary from day-to-day, taking an average of the sperm samples will give the doctor a more accurate result.

Why semen analysis is done

A semen analysis test is suggested when a couple is having problems getting pregnant. Essentially, the analysis will help determine whether the man is infertile. It will also show the doctor if low sperm count or sperm dysfunction is an issue. Both low sperm count and dysfunction can be linked to infertility. Reproduction isn’t the only reason for semen analysis, though. There are men who have semen testing done after a vasectomy to ensure that no sperm are in their semen. In a vasectomy, the tubes that send sperm from the testicles to the penis are blocked as a form of birth control. Generally, men take a sperm test once a month for three months following a vasectomy just to make sure there is no longer sperm in their semen.

There are specific preparations for semen analysis. It is important to follow your doctor’s instructions; otherwise the semen analysis report may be inaccurate. To get accurate semen analysis test results, a man will usually be told to follow the guidelines listed below:

More than one-third of couples that are unable to have children are experiencing a problem with semen or sperm. Those considering semen analysis may be wondering how to read semen analysis. First, it is important to understand what factors get taken into consideration during testing.

Semen analysis results are typically ready within 24 hours. It is natural to be eager to get answers. Semen analysis normal values vary from lab to lab, but the following semen analysis chart will give you a sense of general guidelines.

To summarize, abnormal results could indicate infertility, a hormone imbalance, gene defects, a disease such as diabetes, or radiation exposure. As for normal semen or sperm test results, they will indicate the following:

In a normal reading, the semen should be whitish or gray in color.


What can affect semen analysis results?

There are certain conditions that are believed to be associated with low or zero sperm count. Examples include orchitis, varicocele, Klinefelter syndrome, radiation treatment of the testicles, and diseases that cause testicular atrophy. When a low, absent, or high sperm count is detected, more tests can be conducted, including a hormone measurement or a testicular biopsy.

In terms of treatment, it will depend on what the analysis shows and what the cause of poor sperm health is, but options include everything from antibiotics for an infection to hormone treatments and medications, as well as assisted reproductive technologies and surgery.

Years ago, infertility could be devastating for many young couples eager to start a family. Thankfully, today, advances in treatment mean many people with infertility issues can still have the children they hope for.