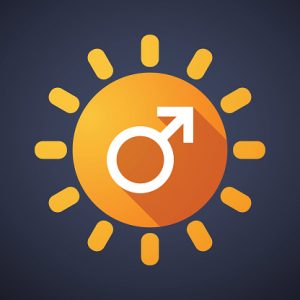 Hormonal changes don’t just happen in women, they also occur in men as well. Much like how women start to see declining levels of estrogen, men can see a decline in testosterone—the male sex hormone. People joke about men having a mid-life crisis and going through menopause like women do, but it is no joke—male menopause is real. Doctors usually refer to it as androgen or testosterone decline.

Male menopause occurs when the hormone testosterone declines with age. It can also happen in conjunction with certain diseases like diabetes. The symptoms associated with male menopause are nothing to scoff at. They can include fatigue, weakness, depression, and sexual problems. The sexual problems can be as serious as infertility and erectile dysfunction.

According to doctors at Stanford University, a small percentage of infertility cases are caused by male menopause, but when it happens, it can be hard to treat. Infertility can be further intensified by excessive exercise, alcohol, medications, stress, and poor diet. While healthy testosterone levels are vital in order to avoid infertility issues, so many other factors have to be considered. The University of Maryland Medical Centre reports that about a third of infertility problems are due to male infertility and another third are due to female infertility. In the rest of the cases, infertility impacts both partners or the cause of the infertility is unclear.

According to British research, a tenth of men in their 40’s have male menopause symptoms. Many don’t get an early diagnosis because they are uncomfortable talking to their doctors about their sexual problems, especially erectile dysfunction. Younger men tend to have higher testosterone, so the researchers point out that early diagnosis is important. After all, it could be a warning sign of diabetes or heart disease. Currently, male menopause affects about two million Brits. London is home to the Andropause Society, a group that does extensive testosterone deficiency testing and education.

Over 20 million men in North America between the ages of 35 and 55 are experiencing menopause. Aside from infertility and erectile dysfunction concerns, low testosterone levels can have an impact on other aspects of a man’s health, including:

There is treatment available for male menopause; however, just like female menopause remedies, male menopause treatments can be controversial. For example, hormone replacement therapy is available through absorbable pellet implants, injections, topical ointments, and patches. Female hormone therapy has been linked to an increase in the risk of some forms of cancer.

Studies show that diet can play a big role in the treatment of male menopause and anti-aging in general. The Mayo Clinic recommends fruits, vegetables, and plant-based proteins. The journal Nutrition has published reports that suggest testosterone levels fluctuate in men who consume more zinc, so you can include foods like oysters, crab legs, chickpeas, and cashews into your diet. The herb fennel has also been used for treating male menopause.

Weight training, eliminating fat from your diet, avoiding drugs that impair liver function, and managing stress are a few examples of things you can do to keep your testosterone levels high. Your family doctor, a certified nutritionist, or naturopath can provide you with anti-aging tips as well.

The term menopause is synonymous with women. Your mother went through it, your wife has or will eventually go through it, as will your daughters in the future. Menopause is a simple fact of life for women. This term differs greatly for men, as the male sex hormone testosterone usually doesn’t see a substantial decline as most men get older, but over time, some males have been known to get a low T diagnosis from their doctors. To many physicians, male menopause is an inaccurate term, and they prefer the terms andropause, androgen deficiency of the aging male, or late-onset hypogonadism instead.

Testosterone is the hormone required for male development and sexual function, It also plays a role in the building of muscle and bone mass as well as in the production of sperm. A low level of testosterone in men is about 300 nanograms (ng) per deciliter (dL), and the upper limit is 1000–1200ng/dL. Any findings considered low may present with the following signs:

Diagnosis and treatment of male menopause

Males usually find out they have low testosterone levels when they see a doctor for unexplainable symptoms. Often, males suffer from sexual dysfunction caused by low testosterone in silence as they are embarrassed to talk about it. Physicians will often obtain a blood test to make sure your testosterone levels are within range and provide treatment options if an abnormality is observed.

The treatment with testosterone replacement therapy is considered controversial and seldom prescribed. While the therapy is known to relieve all the symptoms of low testosterone in some men, it can increase the risk of heart attack, prostate cancer, and give other health related problems. For these reasons, your doctor will most likely prescribe a healthy diet that includes a daily physical routine. Healthy lifestyles will help maintain strength, energy, and lean muscle mass. It will even improve mood and promote restful sleep.