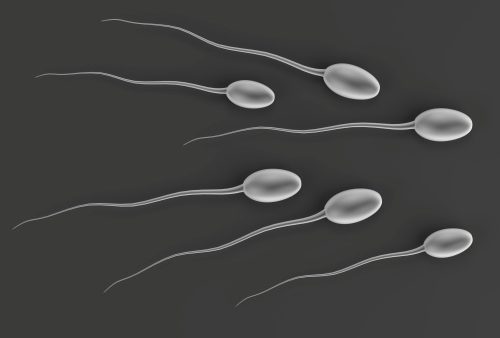 Research from Lund University revealed men who are exposed to DEHP have lower sperm mobility and, therefore, have an increased risk of not being able to conceive a child. DEHP is a phthalate, meaning it is part of a group of substances based on phthalic acid. These have been thought to disrupt the endocrine system in the body. Phthalates are commonly found in soft plastics, sandals, nail polish, perfume, floors, carpets and much more.

Phthalate molecules can leak from plastic, which is how we can become exposed. They can end up in our food and water and we can even be affected through skin contact and inhalation. Phthalate levels can be measured through a urine sample.

Researcher at Lund University Jonatan Axelsson said, “We have studied metabolite levels of the phthalate DEHP (diethylhexyl phthalate) in urine as an indicator of exposure, as well as the semen quality of 300 men between the ages of 18 and 20. The results show that the higher metabolite levels the men had, the lower their sperm motility was.”

Men with the lowest exposure to DEHP had 57 percent of their sperm moving, compared to 46 percent moving in a quarter of the men who had the highest exposure levels. This goes to show that even a little exposure is harmful; the difference in sperm mobility was slight.

This is the first study of its kind to examine men from the general population, as opposed to specific men with fertility problems. Axelsson added, “There are other studies that support our findings with regard to the link between DEHP metabolites and sperm motility, but also studies that have not found any connection. Moreover, the substances break down in the body within a few days, so there is no cause for immediate concern. However, we should be aware that there may be a problem and that it can be an important issue for further research.”

The European Union has listed DEHP as dangerous and hazardous, and special authorization is required to use it. Although they have put DEHP on the danger list, the same is not required for items which are imported, so the hazardous products can still enter European countries and affect the population.