Home » Men's Health » What causes testicular atrophy and how is it treated? 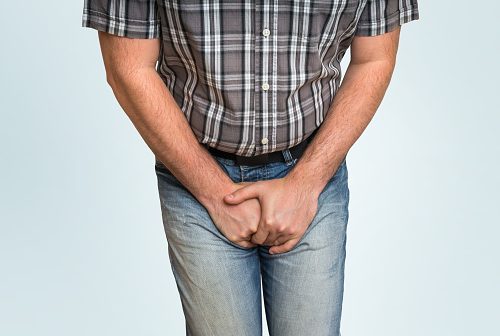 Testicular atrophy is the medical term given to shrunken testicles. The testicles are organs involved in the male reproductive system that reside in a bag-like structure called the scrotum. They are involved in sperm production and the secretion of male sex hormones. The shrinkage of one or both testicles depends on the severity and duration of atrophy. Several causes exist for the condition, such as hormone imbalance and medication use.

What are the causes and symptoms of testicular atrophy?

The testicles are primarily made up of two types of cells responsible for its function: germ cells and Leydig cells. Germ cells are responsible for the production of sperm and the Leydig cells are responsible for the production of testosterone, the male sex hormone. Normal development of the testis produces both of these cell types in equal proportions and result in the testicles being round, firm, and full. Decreased levels of any or both of these cell types may lead to changes in testicular fluid levels, resulting in extremely shrunken testicles. The following are some causes of testicular atrophy:

Hormone imbalance: The most common cause of testicular atrophy. Imbalances due to medication side effects, radiation exposure, or even chronic steroid use can all be the cause. When hormonal imbalances occur, the body perceives that it has more than enough sex hormone circulating in the body, which leads to less production in the testicles causing them to shrink. The discontinuation of these offending medications can often reverse this occurrence, depending on the severity.

Disease: Medical conditions such as mumps virus and HIV have been known to result in testicular atrophy. The condition may be reversed with treatment of the disease but it depends on the severity of the atrophy.

Alcoholism: Chronic alcohol consumption leads to cases of liver cirrhosis, which can have a negative impact on the testes and lead to atrophy.

Age: Testicular atrophy can be a consequence of natural aging and is more commonly seen in men who have passed their reproductive prime.

The symptoms of testicular atrophy include:

When first seeing a doctor for a case of suspected testicular atrophy, they will first take a detailed history to rule out any external cause, such as steroid or medication use. Details about lifestyle and sexual history will also be addressed as sexually transmitted diseases may play a role. Next, a physical exam will take place, with your doctor having to directly palpate the testicles, looking for any changes in size, texture, and firmness. Your doctor will also evaluate the external genitals looking for any additional clues. In order to complete the diagnosis of testicular atrophy, tests will have to be done and may include:

Depending on the cause of your testicular atrophy, the most effective treatment will be prescribed. If it was due to a sexually transmitted disease, treatment of that specific infection will most likely resolve the case of testicular atrophy in time.

In most cases, testicular atrophy is reversible when caught early and given proper treatment. However, if left untreated for prolonged periods of time further damage may occur and decrease the chances of reversal. Certain medical conditions commonly found in younger individuals, such as testicular torsion, will need to be remedied with surgical intervention. Hormone replacement therapy may also be prescribed along with changes in lifestyle and regular exercise.