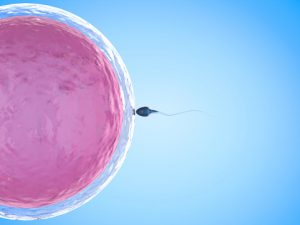 Most men don’t really think about their sperm count, but unfortunately, it could be lower than normal. A low sperm count is also referred to as oligospermia. What’s classified as low is 15 million sperm per millimeter of semen or fewer than 15 million per ejaculation. Having a low sperm count decreases the odds that a single sperm will fertilize a female egg when attempting to procreate. Men with low sperm counts are still able to have children but may have a hard time successfully fertilizing their partner’s egg.

A recent study and the first systematic review and meta-analysis of trends in sperm counts have found significant declines in sperm concentrations and sperm count among men in western countries.

The study was carried out by researchers from the Hebrew University-Hadassah Braun School of Public Health and Community Medicine in Jerusalem and the Icahn School of Medicine at Mount Sinai in New York.

The study in question screened 7,500 studies and conducted a meta-regression analysis on 185 studies that were done between the years of 1973 and 2011. They found a 52.4 percent decline in sperm concentration and a 59.3 percent decline in total sperm count. Both statistics were seen in men from North America, Europe, Australia, and New Zealand. Men from the South American, Asian, and African regions were not seen to have a significant decline, but this is thought to be attributed to the lack of data in these areas.

The data collected for this study used a broad scope and rigorous meta-regression methods to ensure accurate results. Estimates were done conservatively and controls for factors that might the decline, such as age, abstinence time, and selection of the study population, were all taken into account.

“Given the importance of sperm counts for male fertility and human health, this study is an urgent wake-up call for researchers and health authorities around the world to investigate the causes of the sharp ongoing drop in sperm count, with the goal of prevention,” said Dr. Hagai Levine, the lead author and Head of the Environmental Health Track at the Hebrew University-Hadassah Braun School of Public Health and Community Medicine.

A continuing decline in sperm counts is quite concerning, as the declined has remained consistent throughout the years analyzed. The researchers speculated that perhaps chemicals widely used in western culture are playing a yet unrealized role in low sperm counts. However, other theories include pesticide exposure, smoking, stress, and obesity.

Related: Many men unaware of their infertility risk factors: Study

Health, lifestyle, and other causes

What are risk factors and complications of decline in sperm count

Complications caused by low sperm count may include:

Having a low sperm count for may present with additional signs that hint to a more serious underlying condition. These may be due to imbalances in sex hormones or due illness leading to reduced sperm counts. Developing on the underlying cause, symptoms will often follow suit. Not being able to reproduce may also lead to the development of psychological symptoms causes more stress to those affected.

Symptoms of low sperm count may include:

Infertility is not an issue most men think of but can be a truly stressful dilemma for you and your partner when trying to start a family. They are several options available to help boost fertility for both males and females, often with great success.

What causes testicular atrophy and how is it treated?