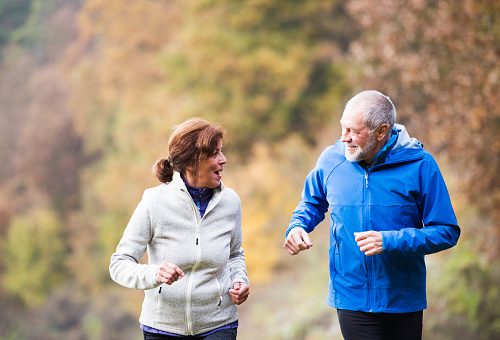 Although memory loss, dementia, and Alzheimer’s disease commonly occur among older adults, they are not an inevitable part of aging. Although there is generally a higher risk of dementia in old age, there are lifestyle factors you can partake in to reduce your risk. One of those factors is exercising regularly—a recent study has uncovered that those with poor fitness levels are at a higher risk of developing dementia.

The study found the lower the fitness level, the greater the deterioration of white matter in the brain. White matter refers to the millions of nerve fibers that communicate across the brain. When white matter deteriorates, cognitive decline occurs, eventually leading to dementia.

The study included older individuals at risk for Alzheimer’s disease who displayed early signs of memory loss. The results indicated that a lower fitness level was associated with less white matter, which was correlated with reduced brain function.

Trial supervisor Dr. Rong Zhang explained, “Evidence suggests that what is bad for your heart is bad for your brain. We need studies like this to find out how the two are intertwined and hopefully find the right formula to help prevent Alzheimer’s disease.”

Although there is still plenty of work that needs to be done to better understand dementia, researchers are getting closer to a cure.

Simple way to improve your memory