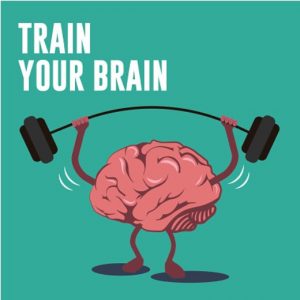 It’s important to keep your brain healthy, especially as you age. Mental decline is one of the most common symptoms of aging and it inflicts most, if not all, elderly people. With the elderly population on the rise, it’s important to promote a healthy brain.

Most people get the feeling sometimes that they can’t forget what they went into a room for, and it’s not a good feeling to have. The elderly often forget to take their medication or wonder if they’ve paid a bill or not. Fortunately for you, there are a lot of simple ways to improve your memory and keep it up to par.

The BBC, the Alzheimer’s Society, and the Medical Research Council gathered elderly participants over the age of 70 to do a six-month long experiment. A chunk of the 7,000 was asked to play a brain game as often as they wished over the six-month period, while the other served as a control group.

The study had some interesting results. Participants over the age of 60 were “found to have significant improvements in carrying out daily tasks, while those over the age of 50 recorded better reasoning and verbal learning.”

Dr. Anne Corbett, who ran the study, said, “Our research adds to growing evidence that lifestyle interventions may provide a more realistic opportunity to maintain cognitive function, and potentially reduce the risk of cognitive decline later in life, particularly in the absence of any drug treatments to prevent dementia.”

Nowadays, it’s incredibly easy to get your hands on some form of brain training. Lumosity is an extremely popular app that offers brain training courses and promises to improve your memory. If an app isn’t your cup of tea, you can try a sudoku or crossword in a booklet. Those work just as well as popular brain training apps.

With that said, the key to seeing actual results is to do it constantly. Don’t just try a memory game once and quit, thinking it’s too hard for you. You’ll definitely get better if you make a routine out of it. So don’t give up!