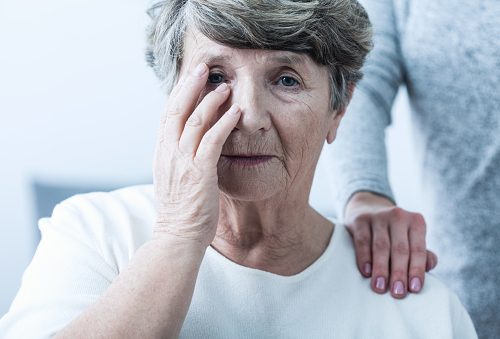 Alzheimer’s disease is estimated to affect 5.5 million Americans today, with numbers expected to increase to 13.8 million by the year 2050. Alzheimer’s is a progressive disease that destroys a person’s memory and other important memory functions, leading to constant confusion.

Alzheimer’s is not a disease of old age, with some people developing the condition while others don’t. New research conducted at Brigham-Young University has uncovered a rare genetic variant that provides a protective effect for high-risk individuals, specifically elderly individuals who carry genetic risk factors for the disease.

The fight against Alzheimer’s disease is one that has been raging for decades now, and unfortunately, we have only learned a limited amount in all the years of research on the subject. While it is poorly understood, we are confident that about 70 percent of the risk attributed to developing the disease is genetic, with many genes involved.

Other risk factors also play a role, such as long-standing high blood pressure (chronic hypertension), a history of depression, and even a prior history of head injury. In fact, there is no diagnostic assessment to test if a person has Alzheimer’s, as one would for more acute conditions such as strep throat or an STD. Rather, it is a clinical diagnosis, done by assessing the presence of key Alzheimer’s related symptoms.

For the most part, people who are genetically susceptible are thought to have the highest chance of developing Alzheimer’s disease. However, some remain healthy for the rest of their lives. By identifying what helps people fend off Alzheimer’s, the study authors believe they could help others.

The researchers scoured over data from the Utah population database and combined it with corresponding medical records, looking for families that had a large number of people who carried the main genetic risk factor (E4 allele) but did develop Alzheimer’s disease.

They discovered that people who are resilient to the neurological disease shared a variant of the RAB10 gene, while those who developed the disease did not.

To see if this gene actually does provide protection, the researchers over-expressed it and under-expressed it in cells, learning that the rare variation of RAB10 may provide resilience to Alzheimer’s disease.

“There are currently no meaningful interventions for Alzheimer disease. No prevention, no modifying therapies, no cure. The discoveries we’re reporting in this manuscript provide a new target with a new mechanism that we believe has great potential to impact Alzheimer’s disease in the future,” said John Kauwe who co-led the study.

Brain structure may be a protective factor against Alzheimer’s disease