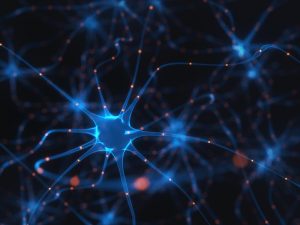 More than five million Americans are living with Alzheimer’s disease; a chronic neurodegenerative disease characterized by difficulty remembering recent events and other cognitive shortcomings. For the most part, the cause of the disease is still mostly unknown. However, a new study shows that the brain structure of some individuals may make them resilient to the condition.

Alzheimer’s disease is the most common form of dementia that causes problems with memory, thinking, and behavior. It is not a part of normal aging. However, the greatest risk factor for its development is increased age. The majority of those affected by the condition are 65 and older.

The cause of Alzheimer’s disease is not well understood but is believed to be due to a combination of genetics, lifestyle, and environmental factors.

Brain structure is a factor

The anatomy of the brain in Alzheimer’s patients tends to shrink in size due to a loss of neurons and synapses in the cerebral cortex and certain subcortical regions. These and other areas of the brain continually shrink (atrophy) over time, which lead to the progressive cognitive impairment the disease is known for.

Researchers from the University of Alabama at Birmingham have found that small membranous protrusions from neurons in the brain, called dendritic spines, may play a major role in the development of Alzheimer’s disease.

“One of the precursors of Alzheimer’s is the development in the brain of proteins called amyloid and tau, which we refer to as the pathology of Alzheimer’s. However, about 30 percent of the aging population have amyloid and tau buildup but never develop dementia. Our study showed that these individuals had larger, more numerous dendritic spines than those with dementia, indicating that spine health plays a major role in the onset of disease,” said Jeremy Herskowitz, Ph.D., assistant professor in the Department of Neurology and lead author.

Dendritic spines act as a connector between neurons allowing for the exchange of information. This is believed to be the basis of human learning and memory. A loss of dendritic spines would be akin to a loss of neuronal synapses.

The study in question looked at thousands of brain samples from patients at memory clinics. Their aim was to find out why some patients did not progress to Alzheimer’s disease despite having its characteristic brain findings (amyloid plaques and tau tangles) while others with these findings did go on to develop the condition.

A protective factor that can possibly be replicated

It is believed that having longer spines would allow for a greater ability to move or interact with neurons. This could allow them to navigate around or through amyloid plaques or tau tangles that build up in the brains of Alzheimer’s patients.

The researchers believe that this finding could be due to genetics, but it could also possibly be due to healthy lifestyle behaviors such as a good diet and plenty of exercise, as these are known protective factors against dementia. Whatever the case, this discovery will off a new target for slowing and preventing Alzheimer’s disease for all patients.

Related: Reduce your risk of Alzheimer’s disease by doing this one thing