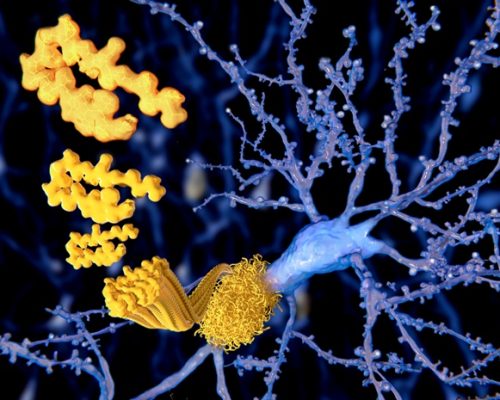 New Alzheimer’s disease treatment and prevention opportunity has been recently discovered. In their study on donated brains, the researchers uncovered a correlation between the prevalence of aquaporin-4 (a membrane protein in the brain) among seniors who didn’t have Alzheimer’s disease, compared to those who did.

Senior author Jeffrey Iliff explained, “It suggests that aquaporin-4 might be a useful target in preventing and treating Alzheimer’s disease. However, we aren’t under any illusion that if we could just fix this one thing, then we’d be able to cure Alzheimer’s disease.”

Aquaporin-4 is a key part in the glymphatic system that permits cerebral-spinal fluid from outside the brain to wash away proteins such as amyloid and tau that build up within the brain. The accumulation of these proteins is a trademark sign of Alzheimer’s disease and is believed to lead to the destruction of nerve cells.

Future studies are needed to better understand the relationship between aquaporin-4 and its role in Alzheimer’s disease.

Results of a post-mortem examination of brain tissue have added a new suspect to the list of causes of Alzheimer’s disease.

It was believed that one of the important causes of the disease were amyloid plaques in the brain tissue. Another key cause is tau, a protein that abnormally aggregates into thread-like tangles inside nerve cells. Now a third factor has emerged.

In a study available online in Neurobiology of Aging, investigators from the Stanford University School of Medicine have identified some iron-containing microglia — specialized inflammatory scavenger cells – in the part of the brain responsible for memory formation, the hippocampus.

According to Michael Zeineh, assistant professor of neuroradiology and the study’s lead author, microglia are the brain’s immune cells. He said they are like watchful police officers keeping a close eye on happenings in the brain. If they notice anything suspicious, they spring into action, engulf the culprits, and become angry (inflamed).

However, in people not diagnosed with Alzheimer’s, the post-mortem studies did not show either iron deposits or the engulfing scavenger cells in the hippocampus.

A majority of the iron-containing microglia found in the study were in an activated, inflammatory state. Microglia were always seen as potential suspects in the inflammatory pathology of the brain tissue in Alzheimer’s disease. This study confirms that inflamed, iron-associated microglia are present in the hippocampus in Alzheimer’s disease. The fact that these microglia can be tracked by 7T MRI could help increase our understanding of the disease.

The researchers do not know how the iron gets into brain tissue, or why it accumulates where it does. They speculate, it could be due to micro-injury to small cerebral blood vessels.

They said they plan to look out for iron-filled microglia in living patients during the early stages of neurodegeneration and memory loss that precedes Alzheimer’s disease.