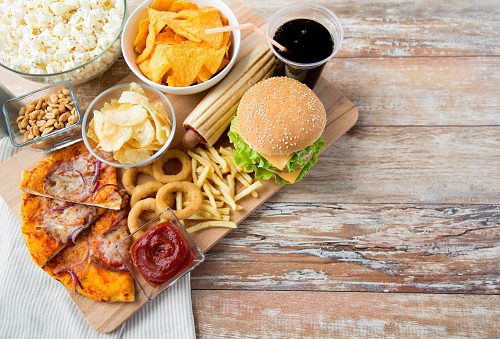 There are still many unknowns when it comes to Alzheimer’s disease. For example, it still isn’t completely understood why some people develop the brain disease while others do not. Furthermore, there isn’t a cure for it, nor is there a way to completely prevent it.

It is known that those with a variant of a gene that codes for the protein apolipoprotein E are more likely to develop Alzheimer’s disease. Those living with the ApoE4 variant are at a higher risk for Alzheimer’s disease, but not all carriers of the variant will develop it. Those with the much more common ApoE3 variant do not have a higher risk of Alzheimer’s disease.
The researchers conducted their study on mice that had the genetic variants and were fed a high fat, cholesterol, and sugar diet over the course of 12 weeks. After the 12 weeks, those mice with the ApoE4 variant showed increased deposits of beta-amyloid protein plaque, which is implicated in Alzheimer’s disease. These mice also had a greater number of glial cells, which are brain cells used for immunity response.

The lead author of the study, Christian Pike, explained, “Part of what the results are saying is that risk doesn’t affect everybody the same, and that’s true for most risk factors. Your genes have a big role in what happens to you, but so do your environment and your modifiable lifestyle factors. How much you exercise becomes important and what you eat becomes important.”

Both groups of mice gained weight and developed pre-diabetes on the unhealthy diet, but in those mice with the ApoE4 variant, plaque development was also seen.

The study reaffirms the importance of eating healthily, especially if you are predisposed to develop certain diseases.