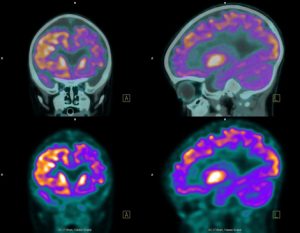 Menopause marks the end of a woman’s menstrual cycle and is diagnosed after you’ve gone 12 months without having a period. While this time in a woman’s life does come with many biological changes, a new study finds that the brain of menopausal women uses less energy, a characteristic similarly seen with Alzheimer’s disease patients.

Alzheimer’s disease is the most common form of dementia that destroys a person’s memories and other important mental functions. It is often characterized by difficulty remembering places and people, and can lead to dramatic personality changes. While the exact causes of this neurodegenerative disease are not known, it is believed to be caused by a combination of genetic, lifestyle, and environmental factors.

“Alzheimer’s is a complex disease with many risk factors involved, the most critical being aging. There is a growing body of evidence indicating that there are differences between men and women when it comes to Alzheimer’s risk, but research is continuing around exactly what drives this,” said Dr. Rosa Sancho, Head of Research at Alzheimer’s Research UK.

Menopause can have widespread physiological effects on a women’s brain, including changes in behavior, mood, and sleep patterns. This is why researchers from Weill Cornell Medicine and the University of Arizona Health Sciences wanted to explore any correlation.

Evaluating women who have gone through menopause

A total of 43 women between the ages of 40 to 60 participated in the study, all of which went under positron emission tomography (PET) scanning. This type of imaging study uses a special dye that has radioactive tracers that light up once absorbed by various tissues. It can allow physicians to measure blood flow, oxygen use, and glucose metabolism.


The brain uses glucose as its main energy source and was the focus of study for the researchers.

It was observed that menopausal women saw reductions in energy use during menopause. These women were also seen to score lower on memory tests compared to women who have not gone through menopause even after accounting for their slightly older age.

PET scanning revealed that the areas of the brain where energy use had dropped were similar to the areas affected in people with Alzheimer’s disease. However, the women in this study were not followed to see if they developed the neurodegenerative disease or not.

“Going through menopause has widespread impacts on a woman’s life, and this study shows how it can lead to changes in the brain. What we don’t know is how many women in this study went on to develop Alzheimer’s and much larger studies will be needed to determine this. Not all post-menopausal women will go on to develop Alzheimer’s, so it is important for scientists to understand the variety of factors that come into play as we get older that could be driving our risk of developing the disease,” added Dr. Rosa Sancho.