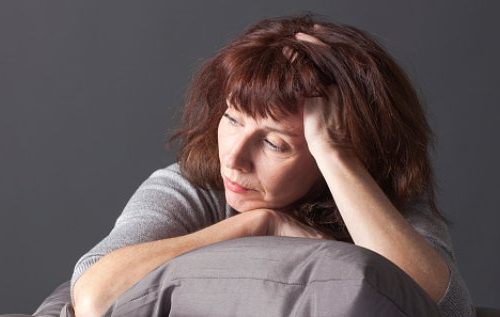 The transition into menopause can be quite difficult for women, and feelings of chronic fatigue are one of their most common complaints. This is thought to be the result of hormone level changes as a woman gets older. This rise and fall of hormones put the entire system out of balance, resulting in problems with sleep, concentration, and overall energy level.

Chronic fatigue syndrome (CFS) is associated with early menopause, according to research. The association between CFS and menopause may help explain why CFS is more common among women than men. Furthermore, being aware of the association can prompt healthcare workers to closely monitor women with the syndrome.

A study compared 84 women with CFS and 73 healthy control women who completed detailed questionnaires on their gynecologic history.

Furthermore, CFS women were more likely to have undergone at least one gynecologic surgery. They experienced menopause at an earlier age than the healthy women.

The executive director of the North American Menopause Society (NAMS) Margery Gass said, “CFS can take a tremendous toll on women’s lives at midlife and on our society and healthcare system. Being aware of the association of CFS and earlier menopause can help providers assist women in sorting out symptoms of CFS from symptoms of menopause.”

Other symptoms commonly experienced during menopause include:

Fatigue is a common symptom of menopause and the primary problem in CFS. Fatigue can have you feeling low, making you unable to carry on with your daily tasks and impeding on your quality of life. Here are some tips to beat menopause fatigue and chronic fatigue syndrome:

By following these tips and working with your doctor, you can better address the fatigue associated with menopause and CFS.

Menopause and joint pain: What is the connection?

Fatigue after eating? Reasons why you feel tired after you eat