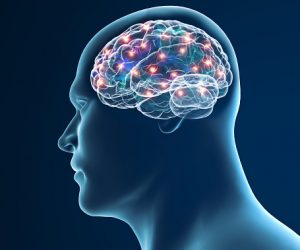 There are times when we can’t remember where we placed our keys or the TV remote, or when we realize we have forgotten a person’s name. It can be embarrassing and not something anyone would like to happen to them, especially in front of others. Being forgetful is usually synonymous with being old, as whenever a forgetful moment happens, it is referred to as “having a senior moment.”

However, a serious condition called Alzheimer’s disease take memory and cognitive function loss to another level. Affected individuals often forget the names of their children, are unable to take care of themselves, and lose all independence.

There is currently no definitive cause of Alzheimer’s disease, and perhaps more troubling is its insidious onset. It often presents itself when symptoms have already fully manifested, being harder to reverse.

Identifying Alzheimer’s disease symptoms before they present was the goal that a team of seven University of Maryland A. James Clark School of Engineering undergraduates aimed to achieve. They developed a low-cost tool to help diagnose Alzheimer’s disease.

“This represents a monumental achievement, not simply for the engineering community, but for the wider world of human health research. As rising sophomores, these seven students in many ways represent the future of biomedical innovation. Through collaborations with faculty and researchers across a range of disciplines, they have transformed ideas into innovation that could one day change how Alzheimer’s and other diseases are diagnosed,” said Darryll J. Pines, dean of the Clark School and Nariman Farvardin Professor.

The current method for diagnosing Alzheimer’s is through the use of PET scans, MRIs, and spinal taps. They can be expensive while still not being the most accurate. Most medical professionals rely on clinical symptoms before a diagnosis is made. This process comes with the unfortunate circumstance of allowing the disease to progress.

The team of young engineers developed a technique to characterize an Alzheimer’s patient’s brain waves using a variety of mathematical analytical tools and comparing this data to the brainwaves of a healthy patient. This information was when used to create a machine-learning model that can accurately predict the probability of having Alzheimer’s disease.

Alzheimer’s disease is the sixth leading cause of death in America, costing the health care system hundreds of billions of dollars this year alone. Diagnosing the condition earlier not only opens up more treatment options, but also helps to properly manage the disease and its progression.