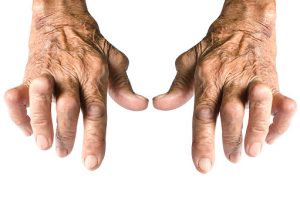 June is PTSD Awareness Month, so we’ve put together a list of our editorials that discuss PTSD (post-traumatic stress disorder), alongside other conditions that can affect or be affected by this condition, including rheumatoid arthritis, sleep apnea, heart attack, stroke, and aging.

PTSD is often associated with military servants as it affects 11 to 20 percent of the military members alone. June is a time to shed some light on this serious anxiety disorder that may be found in anyone who has gone through a severe traumatic event.

We hope you find the below articles informative and that you walk away with a greater awareness on the issues surrounding the PTSD. 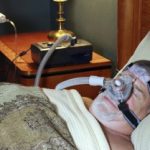 When the groups were compared, patients with PTSD and sleep apnea showed to have worsened quality of life, greater sleepiness, and were less likely to adhere or respond to sleep apnea treatment.

The results show that PTSD patients should be closely monitored not only for sleep apnea, but also to ensure they are following their treatment plans for the condition, as it can lead to numerous health complications when left untreated.
The findings were published in Chest. Continue reading… 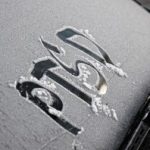 According to a new study, veterans suffering from post-traumatic stress disorder (PTSD) have an increased risk of heart attack and stroke. The researchers noted that this could be because their blood vessels don’t expand normally post-PTSD.

But one thing the researchers strongly suspect is… stress.

In fact, the lead researcher Dr. Marlene Grenon, an associate professor of surgery at the University of California, San Francisco, and the Veterans Affairs Medical Center-Surgical Services, goes on to say, “We believe that we should try to gain a better understanding of the relationship between mental illness and cardiovascular health.”

As part of the study, the researchers measured the response of an artery (in terms of expansion and relaxation) to the inflation and deflation of a blood pressure cuff.  The test was done on recruited 214 veterans, including 67 with PTSD.
The researchers found that the blood vessels of veterans with PTSD expanded just under six percent, whereas in the veterans without PTSD the expansion was 7.5 percent.

Of course, the researchers took into account other factors linked to a poorer response. Factors like aging, taking certain medications, worse kidney function, and high blood pressure. But in spite of taking these factors into account, the link between PTSD and blood vessels that were less able to dilate was significant enough to pinpoint stress as a cause.
Post-traumatic stress disorder is not limited to veterans. It can happen to anybody as a reaction to a terrifying event, such as a sexual assault, natural disasters, and other physical violence or trauma. In fact, PTSD impacts approximately 8 million people, both men and women in the United States. Continue reading… 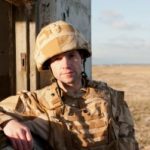 Post-traumatic stress disorder (PTSD) in veterans may lead to accelerated aging and raises the risk of early death. PTSD is a psychological disorder associated with severe trauma, which contributes to depression, anxiety, eating disorders, and substance abuse. PTSD can affect anyone who has experienced trauma, but it is often particularly associated with veterans coming back from war.

Researchers at University of California, San Diego School of Medicine, and Veterans Affairs San Diego Healthcare System have found that PTSD not only affects the individual mentally, but it can also accelerate aging and increase the risk of early death.

Senior author Dilip V. Jeste said, “This is the first study of its type to link PTSD, a psychological disorder with no established genetic basis, which is caused by external, traumatic stress, with long-term, systemic effects on a basic biological process such as aging.”

The evidence fell into three categories: biological indicators or biomarkers such as leukocyte telomere length (LTL), earlier occurrence or higher prevalence of medical conditions associated with advanced age, and premature mortality.
Studies that looked at LTL found shorter telomeres – a sign of aging – in those with PTSD. The researchers also found pro-inflammatory markers, such as an increase in C-reactive protein and tumor necrosis in PTSD. Majority of studies also found an association between PTSD and comorbidity, including cardiovascular disease, type 2 diabetes, gastrointestinal ulcers, and accelerated aging.

First author James B. Lohr said, “These findings do not speak to whether accelerated aging is specific to PTSD, but they do argue the need to re-conceptualize PTSD as something more than a mental illness. Early senescence, increased medical morbidity, and premature mortality in PTSD have implications in health care beyond simply treating PTSD symptoms. Our findings warrant a deeper look at this phenomenon and a more integrated medical-psychiatric approach to their care.” Continue reading… 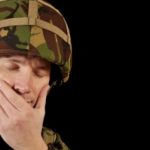 The goal of mindfulness in to promote in-the-moment attention and awareness. The study included 23 U.S. veterans who received some form of group therapy. The study lasted for four months and consisted of weekly therapy sessions. By the end of the four-month period, many veterans saw improvements in their PTSD.