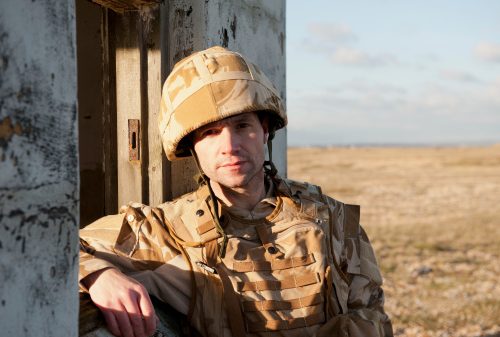 Post-traumatic stress disorder (PTSD) in veterans may lead to accelerated aging and raises the risk of early death. PTSD is a psychological disorder associated with severe trauma, which contributes to depression, anxiety, eating disorders, and substance abuse. PTSD can affect anyone who has experienced trauma, but it is often particularly associated with veterans coming back from war.

Researchers at University of California, San Diego School of Medicine, and Veterans Affairs San Diego Healthcare System have found that PTSD not only affects the individual mentally, but it can also accelerate aging and increase the risk of early death.

Senior author Dilip V. Jeste said, “This is the first study of its type to link PTSD, a psychological disorder with no established genetic basis, which is caused by external, traumatic stress, with long-term, systemic effects on a basic biological process such as aging.”

Studies that looked at LTL found shorter telomeres – a sign of aging – in those with PTSD. The researchers also found pro-inflammatory markers, such as an increase in C-reactive protein and tumor necrosis in PTSD. Majority of studies also found an association between PTSD and comorbidity, including cardiovascular disease, type 2 diabetes, gastrointestinal ulcers, and accelerated aging.

First author James B. Lohr said, “These findings do not speak to whether accelerated aging is specific to PTSD, but they do argue the need to re-conceptualize PTSD as something more than a mental illness. Early senescence, increased medical morbidity, and premature mortality in PTSD have implications in health care beyond simply treating PTSD symptoms. Our findings warrant a deeper look at this phenomenon and a more integrated medical-psychiatric approach to their care.”


PTSD more common than you think

Up to 20 percent of these people go on to develop PTSD. Which means an estimated 8 percent of Americans − 24.4 million people − have PTSD at any given time. That is equal to the total population of Texas. Interesting, too, roughly one out of every nine women develops PTSD, making them about twice as likely as men.

Symptoms of PTSD include:

As you can see, post-traumatic stress disorder can really take over a person’s life. Seeking out treatment is highly important in order to slow down aging, reduce your risk of comorbid diseases, and lower your risk of death.

Stress is one thing most of us face in our hectic lives. But post-traumatic stress disorder (PSTD) is a disease of intense mental anguish from the kind of life or death trauma faced by soldiers in combat, a car crash, serious injury, sudden death of a loved one, or sexual violence. Continue reading…

PTSD may be eased with wearable electrical patches

Post-traumatic stress disorder (PTSD) may be eased with wearable electrical patches. These patches jolt the brain in patients while they are asleep and can offer relief from the effects of PTSD. Iraq war veteran and PTSD sufferer Ron Ramirez tested the patches and believes that they are beneficial in treating PTSD. Continue reading…