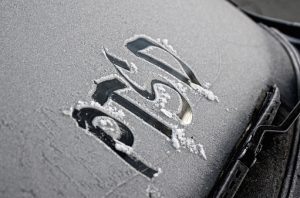 According to a new study, veterans suffering from post-traumatic stress disorder (PTSD) have an increased risk of heart attack and stroke. The researchers noted that this could be because their blood vessels don’t expand normally post-PTSD.

But one thing the researchers strongly suspect is… stress.

In fact, the lead researcher Dr. Marlene Grenon, an associate professor of surgery at the University of California, San Francisco, and the Veterans Affairs Medical Center-Surgical Services, goes on to say, “We believe that we should try to gain a better understanding of the relationship between mental illness and cardiovascular health.”

As part of the study, the researchers measured the response of an artery (in terms of expansion and relaxation) to the inflation and deflation of a blood pressure cuff.  The test was done on recruited 214 veterans, including 67 with PTSD.

The researchers found that the blood vessels of veterans with PTSD expanded just under six percent, whereas in the veterans without PTSD the expansion was 7.5 percent.

Of course, the researchers took into account other factors linked to a poorer response. Factors like aging, taking certain medications, worse kidney function, and high blood pressure. But in spite of taking these factors into account, the link between PTSD and blood vessels that were less able to dilate was significant enough to pinpoint stress as a cause.

Post-traumatic stress disorder is not limited to veterans. It can happen to anybody as a reaction to a terrifying event, such as a sexual assault, natural disasters, and other physical violence or trauma. In fact, PTSD impacts approximately 8 million people, both men and women in the United States.
People with the condition may have prolonged anxiety, flashbacks, nightmares, and other life-altering symptoms.

Studies done prior to this study have concluded that PTSD is associated with a greater risk of heart disease and fatal heart attacks, but they were not able to pinpoint the exact reason why or how PTSD led to heart disease.  The current study sheds some light on the link between PTSD and heart disease.

However, the study does not prove an absolute cause-and-effect relationship.

More research needs to be done to see whether impairment of blood vessel function is one of the contributing factors to the risk of heart disease in patients with PTSD.

Until then, the team will focus on stress management along with other lifestyle factors such as diet and exercise to help reduce the risk of heart disease in the people with PTSD.