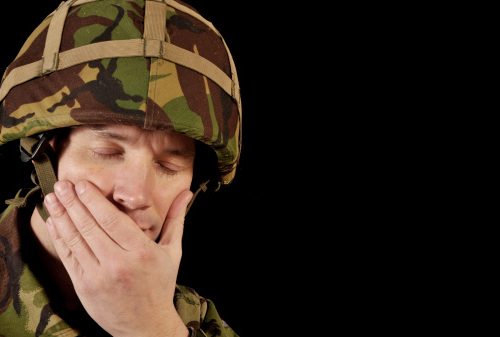 The goal of mindfulness in to promote in-the-moment attention and awareness. The study included 23 U.S. veterans who received some form of group therapy. The study lasted for four months and consisted of weekly therapy sessions. By the end of the four-month period, many veterans saw improvements in their PTSD.

Coleader Anthony King said, “The brain findings suggest that mindfulness training may have helped the veterans develop more capacity to shift their attention and get themselves out of being ‘stuck’ in painful cycles of thoughts. We’re hopeful that this brain signature shows the potential of mindfulness to be helpful for managing PTSD for people who might initially decline therapy involving trauma processing. We hope it may provide emotional regulation skills to help bring them to a place where they feel better able to process their traumas.”

The findings were published in Depression and Anxiety.