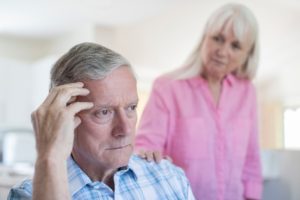 Psychological distress is defined as a state of emotional suffering, which may be accompanied by somatic symptoms. Vital exhaustion is a feeling of unusual fatigue, increased irritability, and demoralization, which can be a sign of psychological distress. Vital exhaustion is believed to be a response to an unsolved problem in a person’s life, especially if they are unable to cope with prolonged stressors.

When exposed to prolonged stress, physiological reactions include cardiovascular changes along with excessive production of cortisol. Prolonged exposure to high cortisol levels can lead to psychological distress along with an increased risk of dementia.

The researchers looked at data collected from 6,807 Danish participants who reported on questions regarding vital exhaustion. The average age at the start of the study was 60 years and participants were followed until the end of 2016.

Islamoska added, “We were particularly concerned whether the symptoms of vital exhaustion would be an early sign of dementia. Yet, we found an association of the same magnitude even when separating the reporting of vital exhaustion and the dementia diagnoses with up to 20 years.”

Even after adjusting for other factors which could increase dementia risk, vital exhaustion remained strongly associated with a higher dementia risk.