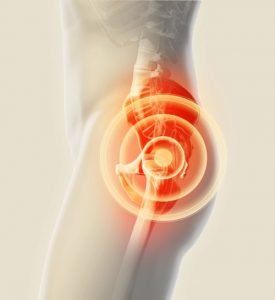 Pelvic congestion syndrome (PCS) is a medical condition that affects only women. It occurs when varicose veins form in the pelvic area, below the stomach. Varicose veins are the result of poor vein function. They appear near the surface of the skin as the veins lengthen and become swollen and twisted. PCS often results in dull pain in the pelvic area that can worsen during certain situations. PCS is more common in women who have previously given birth. Some researchers believe that PCS is the cause of chronic pelvic pain in 30 percent of patients.

What Are the Causes of Pelvic Congestion Syndrome?

There is no conclusive cause of PCS. It is most prevalent in women aged 20 to 45 who have had multiple pregnancies. It is theorized that the anatomical and hormonal changes in the pelvic area that occur as a result of pregnancy may play a part in the development of PCS, due to the increased pressure in the pelvic veins during this time. This build-up of pressure can weaken the vein wall irreparably. Estrogen is also known to weaken vein walls, which leads to the predisposition of many women to developing PCS.

May Turner Syndrome and Nutcracker syndrome are both potential causes of PCS. May Turner Syndrome is characterized by the placement of the right iliac artery, located in the pelvis, on top of the left iliac artery, increasing the pressure on the bottom artery. Nutcracker syndrome is a disorder caused by vascular compression of the left renal vein between the superior mesenteric artery and the aorta. This can cause increased pressure and eventual rupturing in thin-walled veins.

The most common symptom of PCS is a dull, chronic pain in the pelvis. Some women report that the pain worsens due to standing for long periods, impending menstruation, sexual intercourse, pregnancy’s later stages, and time shifting into the evening.

Other symptoms can be experienced due to PCS. These include:

Diagnosis and Treatment of PCS

Diagnosis of PCS begins by ruling out other potential causes for the abdominal pain. A routine gynecological exam is a good place to start. Imaging scans may be used to determine the diagnosis of PCS. These include an MRI, CT scan, ultrasound, and venogram. A venogram is considered the best and most accurate test to diagnose PCS, in which a dye is injected into the veins in the pelvis and observed through x-rays.

Treatment for PCS often involves hormonal therapies and medications prescribed by your gynecologist. A non-surgical alternative is embolization of the veins. For this procedure, a catheter is inserted into the vein and the vein is intentionally and permanently blocked off. The procedure is painless and patients can return to normal activities within a week. Surgery is also an option to tie off or remove the varicose veins but is a more invasive option.

There is always the option of natural treatment for pelvic congestive syndrome as well. Some natural remedies known to improve symptoms of PCS include:

There are other medical conditions that can appear as PCS, so it is important to receive a proper diagnosis. These conditions include endometriosis (uterine tissue lining areas external to the uterus), fibroids (female reproductive tumors), and uterine prolapse (where the uterus drops due to weak pelvic muscles).

PCS is a non life-threatening condition. It can, however, cause extreme inconvenience to those who suffer from it. While there is currently no cure for the condition, there are many treatment options available that can help patients manage symptoms substantially, increasing quality of life with PCS. It is also important to keep in mind the mental health side-effects of dealing with chronic pain and to seek treatment accordingly.

Pelvic congestion syndrome is a medical condition found only in women and most prevalently in women between the ages of 20 and 45 who have had multiple pregnancies. While there is no known cause of PCS, there are several factors that are understood to be at play. The main symptom of the condition is dull, chronic pain in the pelvic area. The pain can be worsened during certain situations or under specific circumstances. There are several treatment options, both medical and natural, available to help patients manage their symptoms.