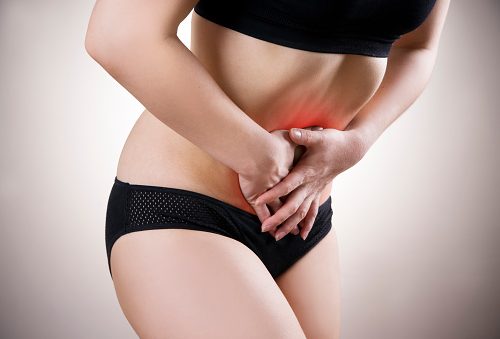 Endometriosis is a painful condition that affects an estimated one in 10 women during their reproductive years. Statistical studies show this works out to about 176 million women around the world between the ages of 15 and 49.

Endometriosis, which is pronounced en-doe-me-tree-O-sis, essentially means that a tissue (the endometrium), which lines the inside of a woman’s uterus, grows outside the uterus. Endometriosis can involve the ovaries, bowel, or the tissue lining the pelvis. It can spread beyond the pelvic area, but it is rare.

When a woman has endometriosis, tissue acts like it is supposed to, except that it is thick, breaks down, and bleeds with each menstrual cycle. Since the tissue is displaced, it has no way to exit the body. This means that surrounding tissue can become irritated, eventually leading to scar formation and adhesions, something that can bind organs together. When endometriosis involves the ovaries, cysts can form.

The biggest problem with endometriosis is infertility. However, it is estimated that up to 70 percent of mild to moderate cases will eventually allow for pregnancy without treatment.

Endometriosis was first described by doctors around the turn of the 19th century. Since then, much has been studied about the condition. We know that during a normal menstrual cycle, a woman sheds the lining of her uterus. The blood flows from her uterus through a small opening in the cervix. However, with endometriosis, menstrual blood flows back into the pelvic cavity through the fallopian tubes instead of leaving the body.

There could be reasons for this that we are not aware of. Some specialists believe it is possible for the menstrual blood to leak into the pelvic cavity through a surgical scar, such as a cesarean section scar. There is also the belief that one of the causes of endometriosis could simply be that small areas of the abdomen convert into endometrial tissue. This may happen because cells in the abdomen grow from embryonic cells, which can change shape and act like endometrial cells.

There are four stages or types of endometriosis. Stage one, which is also referred to as minimal, involves small lesions or wounds, and shallow tissue implants on the ovaries. Stage two, called mild, involves light lesions and shallow implants on an ovary and pelvic lining. Stage three is considered moderate and includes deep implants, while stage four, which is severe, involves deep implants, as well as the possibility of lesions on the fallopian tubes and bowels.

Endometriosis generally takes place many years after a woman has begun menstruating. There is a set of risk factors involved. Understanding the risks can help you determine whether you should be speaking with your doctor about the condition.

Some endometriosis risk factors may include…

You may be wondering, how can someone tell if they have endometriosis? There are several endometriosis symptoms, but pelvic pain is the most common. Other symptoms could include painful periods, pain following sexual intercourse, discomfort with bowel movements, heavy bleeding during menstrual period or between periods, lower back pain, and, of course, inability to get pregnant. 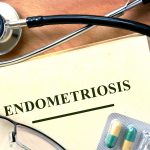 If you are experiencing any unusual symptoms, it is important to see a doctor to determine what the problem is. If your symptoms match some of those associated with endometriosis, the doctor will likely conduct a pelvic exam. This is just a manual test to feel areas of the pelvis for abnormalities.

Ultrasound tests, which are used to capture images, are often used by doctors in the diagnosis of endometriosis. While an ultrasound can’t detect endometriosis, it can determine whether or not a woman has a cyst that might be associated with endometriosis.

A test known as a laparoscopy is commonly used to be certain that a person has endometriosis. A tiny incision is made near the navel and a slender viewing instrument called a laparoscope is inserted so the doctor can look for endometrial tissue outside the uterus.

Endometriosis treatment can either be medication or surgery. It all depends on the severity of a person’s condition. It will also depend on whether or not the woman has a plan of becoming pregnant.

Here are a few possible options a doctor might suggest for treatment of endometriosis:

While they can be effective, it is important to understand that many of these medications have side effects that people should take into careful consideration.

There are also conservative forms of surgery to remove the endometriosis and still allow for pregnancy. Doctors will often suggest an endometriosis treatment that does not involve surgery, along with an assisted reproductive technology for those who want to have children. In cases that are severe and where having children is not an issue, a hysterectomy may be suggested.

Research continues into both causes and treatments, but some recent studies seem to suggest that chronic exposure to environmental chemicals is linked to an increased risk of endometriosis. One way to reduce risk is to consider avoiding chemicals and focusing on endometriosis natural treatment options.

A recent Italian study examined health data from just over 500 women with endometriosis and it was discovered that high consumption of red meat increased the risk of the condition. Meanwhile, fresh fruit and vegetables were associated with lower risk.

Studies have suggested that reducing intake of chemicals to cut back on animal fat, especially high fat found in red meat and dairy products, may reduce the risk of endometriosis.

Natural treatment for endometriosis may also include progesterone cream. Alternative practitioners will recommend it to help slow the growth of abnormal endometrial tissue. While it is not a cure, it could help lessen the severity of symptoms, such as pain.

Stress has been linked to endometriosis. One small study found that cortisol levels were much higher in women with severe endometriosis. Natural treatment options for stress, along with herbs and nutrients, include B vitamins, Zinc, Magnesium, Vitamin C, as well as Ashwaghandha – also known as Indian ginger root.

For many women, endometriosis is a disease that has been surrounded by taboos, lack of awareness, and often delayed diagnosis and treatment. The problem is overshadowed by the fact that some of the symptoms can mirror other conditions. It’s important that if you have any of the symptoms outlined here, you seek answers – that you not give up until you are satisfied that you have received a proper diagnosis and are set on a path to recovery. Endometriosis can be painful and frustrating, but it doesn’t have to ruin your life.

Endometriosis increases the risk of pregnancy complications and affects fertility in women. The nationwide cohort study examined discharge data from all across Scotland. Records of women with and without a confirmed diagnosis of endometriosis were crosslinked to their maternity records to evaluate pregnancy outcomes. The analysis included 14,655 women whose medical records were followed up for up to 30 years. Continue reading…