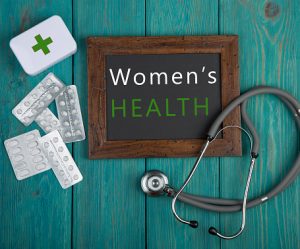 e only reason for a woman to experience an enlarged uterus, as many other conditions affecting both young and old can cause the condition. A women’s uterus is typically the size of an apple or a pear and has the potential to enlarge to the size of a watermelon during pregnancy. However, uterine enlargement as a result of a medical condition can lead to not only enlargement but also pain and excessive bleeding.

There are many reasons for a uterus to be abnormally large, but for the most part, it is not a cause for concern—most conditions are considered benign, only requiring intermittent monitoring. However, an enlarged uterus may signify uterine cancer if no other obvious cause for the enlargement is found.

What causes an enlarged uterus?

Most cases of enlarged uterus occur during a woman’s menopausal years, but it is possible for a condition to cause an enlarged uterus in a woman’s childbearing years too. Having routine pelvic exams at a gynecologist can help identify when such issues arise. Many factors exist that can cause the uterus to increase in size, including:

The symptoms experienced during instances of uterine enlargement can vary depending on the cause of the condition. The following are some of the most common symptoms associated with their respective medical condition:

Uterine fibroids: When the uterus develops multiple fibroids, it can put pressure on the surrounding tissue and organs, leading to the following symptoms:

Adenomyosis: Due to the abnormal location of the endometrial tissue, the following symptoms may occur:

Ovarian cysts: While the cysts in this condition may resolve on their own, they can rarely cause severe symptoms. The following are symptoms associated with ovarian cysts:

Uterine cancer: Symptoms result from normal, healthy cells mutating into abnormal cells, and can present as the following:

Complications found during cases of an enlarged uterus typically occur as a result of the underlying medical condition causing the uterine enlargement to begin with. The two most common causes of uterine enlargement, fibroids and adenomyosis, are rarely life threatening, but may negatively impact quality of life. The following are possible complications:

Diagnosis and treatment of enlarged uterus

An enlarged uterus is typically first noticed by the woman herself, prompting a visit to the doctor. It may also be discovered on a routine examination. But once it has been brought to the attention of your doctor, they will make sure that it is not due to any malignant cause or due to pregnancy. This often requires the use of pregnancy tests or imaging tests such as an ultrasound, CT or MRI to look for any abnormalities in the uterus.

Generally, treatment will depend on the underlying condition causing the enlarged uterus, with conditions such as fibroids possibly only needing monitoring and occasional pain medication to manage symptoms. Adenomyosis can also be managed with pain medication, and the utilization of hormone drugs such as the oral contraceptive pill or vaginal rings can lessen heavy bleeding and pain. Surgery may be considered in severe cases of adenomyosis.

There also exist several home remedies for the treatment of an enlarged uterus. They are as follows:

Experiencing symptoms of an enlarged uterus can have a negative impact on a woman’s life and may be the reason you are unable to become pregnant or are having excessive pelvic pain. It is important to see your doctor if you suspect something isn’t quite right in your abdominal area, as a prompt diagnosis will lead to quicker recovery.