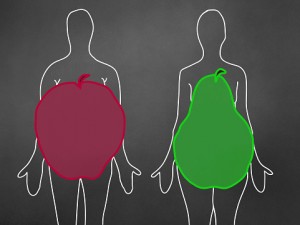 In an apple-shaped body type, the fat is situated around the abdomen, while in a pear-shaped body, the hips are larger than the shoulders.

To conduct their study, researchers looked at kidney health and hip-to-waist ratios, which reveal where fat is situated, in 315 individuals with an average body mass index of 24.9 kg/m2, which is still considered normal.

Lead researcher Arjan Kwakernaak said, “We found that apple-shaped persons—even if totally healthy and with a normal blood pressure—have an elevated blood pressure in their kidneys. When they are also overweight or obese, this is even worse.”

The findings suggest that blood pressure in the kidneys of individuals with apple-shaped bodies may be responsible for increasing the risk of kidney problems later in life. Previous research has found that limiting salt or taking blood pressure medication can be beneficial in lowering blood pressure thus protecting the kidneys in the long run. Our current data suggest that such interventions could be particularly useful in subjects with a central body fat distribution,” concluded Kwakernaak. Continue reading… 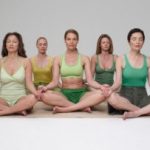 Urinary incontinence in women can be treated with new recommendations, specialized yoga programs

First author Alison Huang said, “Yoga is often directed at mindful awareness, increasing relaxation, and relieving anxiety and stress. For these reasons, yoga has been directed at a variety of other conditions – metabolic syndrome or pain syndromes – but there’s also a reason to think that it could help for incontinence as well.”

The researchers recruited 20 women over the age of 40 with urinary incontinence. Half of them were assigned to the specialized yoga program for six weeks, and the other half served as controls. After six weeks, the women in the yoga program experienced a 70 percent improvement in bladder function and reduction in urinary leakage, and the control group only saw a 13 percent improvement. The biggest improvements were seen in stress incontinence, which is urine leakage brought on by laughing, coughing, or sneezing.

The researchers believe the yoga program helps improve urinary incontinence in numerous ways. For starters, it helps reduce depression and anxiety by promoting mindfulness and relaxation. Secondly, it helps women strengthen their pelvic floor muscles, which offer protection against incontinence.

Huang added, “We thought this would be a good opportunity for women to use yoga to become more aware of and have more control over their pelvic floor muscles.” Continue reading… 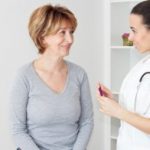 Uterine fibroids risk in women is influenced by elevated testosterone and estrogen levels. Uterine fibroids are benign tumors that grow on the uterus. The findings were published in the Endocrine Society’s Journal of Clinical Endocrinology & Metabolism.

By the age of 50, three out of four women will develop uterine fibroids. African Americans and overweight females are at a higher risk of developing uterine fibroids, compared to other ethnicities and those of normal weight. Fibroids can contribute to irregular bleeding, infertility, pelvic pain, recurrent pregnancy loss, and other reproductive complications. Common treatment for uterine fibroids is a hysterectomy along with some other options as well.

Testosterone belongs to the group of hormones known as androgens. Testosterone is commonly associated with men and has a larger effect in men, but women, too, have testosterone necessary for many functions. It’s important that testosterone levels remain low or else complications may arise.

Study author Jason Y.Y. Wong said, “Our research suggests women undergoing the menopausal transition who have higher testosterone levels have an increased risk of developing fibroids, particularly if they also have higher estrogen levels. This study is the first longitudinal investigation of the relationship between androgen and estrogen levels and the development of uterine fibroids.”

The study occurred over 13 years, examining hormone levels and incidences of uterine fibroids of 3,240 women. The women were followed up through their annual visits where they had their blood tested for estrogen and androgen levels. Women were also asked whether they had been diagnosed with uterine fibroids or not. Continue reading… 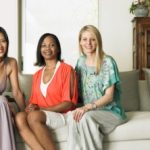 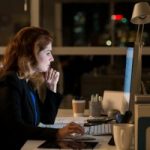 Compared to women who did not work rotating night shifts, the increased risk of heart disease ranged from 15 to 18 percent.

On the other hand, the risk of heart disease lowered as more time passed after quitting night shift work. Vetter added,

“[This] further supports the hypothesis that the risk of coronary heart disease associated with shift work might wane over time when women stopped working [such] shifts. This is a new finding.” Continue reading…