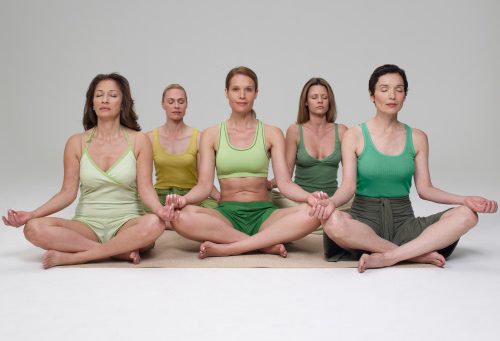 First author Alison Huang said, “Yoga is often directed at mindful awareness, increasing relaxation, and relieving anxiety and stress. For these reasons, yoga has been directed at a variety of other conditions – metabolic syndrome or pain syndromes – but there’s also a reason to think that it could help for incontinence as well.”

The researchers recruited 20 women over the age of 40 with urinary incontinence. Half of them were assigned to the specialized yoga program for six weeks, and the other half served as controls. After six weeks, the women in the yoga program experienced a 70 percent improvement in bladder function and reduction in urinary leakage, and the control group only saw a 13 percent improvement. The biggest improvements were seen in stress incontinence, which is urine leakage brought on by laughing, coughing, or sneezing.

The researchers believe the yoga program helps improve urinary incontinence in numerous ways. For starters, it helps reduce depression and anxiety by promoting mindfulness and relaxation. Secondly, it helps women strengthen their pelvic floor muscles, which offer protection against incontinence.

Huang added, “We thought this would be a good opportunity for women to use yoga to become more aware of and have more control over their pelvic floor muscles.”

“We specifically developed a yoga therapy program that would be safe for older women, including women with minor mobility limitations. So we were partially assessing safety of this program for older women who are at highest risk for having incontinence in the first place.”

It’s important to note that not all forms of yoga can improve urinary incontinence, and the yoga used in the study was a specialized yoga program created by experts in order to specifically improve bladder incontinence.

“It would be a way for women to gain more control over their pelvic floor muscles without having to go through traditional costly and time-intensive rehabilitation therapy,” said Huang.

Men were not included in the study as urinary incontinence is more common in women than in men, and in men it is often related to prostate problems.

The researchers hope to build upon their research with longer studies that include more participants.

President of ACP Dr. David Fleming said, “Urinary incontinence is a common problem for women that is often underreported and underdiagnosed. Physicians should take an active approach and ask specific questions such as onset, symptoms, and frequency of urinary incontinence. It is estimated that about half of the women with incontinence do not report it to their doctor.”

To combat stress incontinence, the guidelines recommend Kegel exercises to improve the strength of the pelvic floor, as opposed to drug therapy. For urgency incontinence, bladder training is recommended, but if this is unsuccessful, then medication may be prescribed. Additionally, medication should be chosen based on adverse effects and tolerability.

For obese women with urinary incontinence, weight loss and exercise are recommended, as added weight can apply pressure to the bladder thus resulting in the urge to urinate.

“Physicians should utilize non-drug treatments as much as possible for urinary incontinence. Kegel exercises for stress UI, bladder training for urgency UI, and Kegel exercises with bladder training for mixed UI are effective, have few side effects, and are less expensive than medications. Although various drugs can improve UI and provide complete continence, adverse effects often lead many patients to stop taking their medication.”

Urinary tract infection recurrence in women may be reduced by probiotics