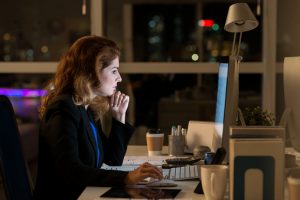 Compared to women who did not work rotating night shifts, the increased risk of heart disease ranged from 15 to 18 percent.

On the other hand, the risk of heart disease lowered as more time passed after quitting night shift work. Vetter added, “[This] further supports the hypothesis that the risk of coronary heart disease associated with shift work might wane over time when women stopped working [such] shifts. This is a new finding.”
“It is possible that different work schedules might carry a different risk. And we have very little information on exact schedules, as well as work start and end times. Future studies are needed that collect that level of detail so we can better understand which aspects of shift work are most critical. We also do not well understand who is at highest risk,” Vetter explained.

The researchers collected data on nearly 189,000 women who took part in Nurses’ Health Study I and II. The women reported their exposure to night shifts along with heart health. The women also completed questionnaires every two to four years, and researchers used medical records and death certificates to achieve their findings.

Dr. Gregg Fonarow, professor of cardiology at the University of California, added, “Rotating night shift work has been previously shown to be associated with an increased risk of diabetes and cardiovascular [heart] disease. The mechanisms behind this association between night shift work and cardiovascular events, along with identification of strategies to mitigate this risk, require further study. Dr. Fonarow was not involved in the study.