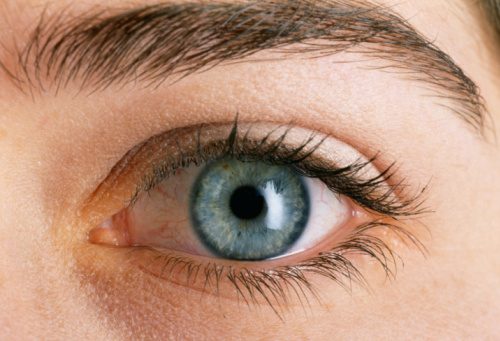 May is the National Stroke Awareness Month, so we compiled an overview of some of the many factors contributing to stroke, including high blood pressure, the Mediterranean diet, migraine with aura, and the flu vaccine. Stroke is a preventable condition and not an inevitable part of aging. Furthermore, many of the risk factors associated with stroke are modifiable, meaning you can adjust them to lower your risk of stroke.

By understanding the workings of stroke you can take the necessary steps to lower your risk starting today!

According to the study, retinal imaging will allow doctors to capture an image of the retina – a part of the body many scientists consider to be a “status indicator” of what is going on in the brain. If the blood vessels in the retina are damaged by hypertension (known as hypertensive retinopathy), the chances of stroke are much higher.

The study was conducted over the course of 13 years, involving over 2,900 patients suffering from high blood pressure. Photographs were taken for each patient’s retinas, and the images were examined for signs of hypertensive retinopathy. The damage was ranked according to severity: none, mild, moderate, and severe damage. Over 160 of the patients suffered a stroke during the follow-up period – 15 strokes caused by brain bleeds and 146 caused by blood clots.

After adjusting the data for all of the stroke risk factors – age, race, gender, cholesterol levels, BMI, smoking habits, blood pressure, and blood glucose levels – the results were quite surprising. For those suffering from mild hypertensive retinopathy, their risk of stroke was 35 percent higher than those with no damage, while those with moderate to severe retinopathy had a 137 percent greater chance of a stroke. The study also included patients taking medication to control their blood pressure – patients that seemingly had their heart condition under control. Even in these patients, however, the risk of stroke was 96 percent higher if there was mild retinal damage, while those with moderate or severe damage had 198 percent higher chance of stroke than those with no damage to the retina.

While further research must be conducted in this area, the results of this study could lead to an advanced screening process for stroke risk. It may open doors for doctors to simply take a snapshot of a person’s retina and examine the image to determine just how much damage high blood pressure has done to the body. There is a very real chance that doctors can stop heart disease in its tracks – or at least effectively prevent it before it gets out of hand. Early detection is the key to preventing and reversing heart problems, and thanks to this new retinal imaging, detection may soon be possible without invasive tests! Continue reading… 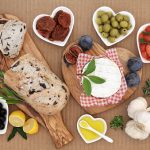 A high protein diet, as seen in the Mediterranean diet, is linked to lower stroke risk, according to new study published in Neurology, the medical journal of the American Academy of Neurology. The research included seven studies with a total of 254,489 participants followed for 14 years on average.

For every additional 20 grams of protein people ate per day – say a three-ounce serving of chicken or fish, or a cup of beans, for example – their risk of stroke lowered by another 26 percent. The results, of course, took into account other nutrients that may prevent stroke, such as potassium, magnesium, and dietary fiber, as well as other factors that could increase the risk of stroke, like smoking and high cholesterol.

These findings, however, do not apply to red meat, which has been proven to raise the risk for stroke and, therefore, was not looked at in the studies. (Forgo the steak for some wild salmon on the barbecue.)
Also, some evidence suggests that animal protein is more effective than vegetable protein. But at this time, there isn’t enough data on vegetable consumption to come to this conclusion.

“The amount of protein that led to the reduced risk was moderate – equal to 20 grams per day,” said study author Xinfeng Liu of China’s Nanjing University School of Medicine. “If everyone’s protein intake were at this level, that would translate to more than 1.4 million fewer deaths from stroke each year worldwide, plus a decreased level of disability from stroke.” Continue reading… 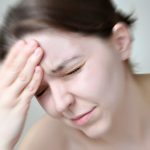 Migraines with aura linked to higher risk of stroke

Furthermore, migraine women sufferers who take estrogen have a 30 percent greater risk for blood clot-based stroke, compared to women not taking estrogen. Together, these two risk factors present a dangerous combination for some women with regards to their risk of stroke.

The two studies focused on clot-based strokes, which account for nearly 87 percent of strokes in the U.S.

Migraines with aura have been previously found to be associated with a higher risk of stroke. One in five migraine sufferers experience auras, which are visual symptoms prior to the headache.

The 25-year-long study looked at 13,000 American adults among which 817 blood-clot stroke patients were identified. The researchers found that not only do migraine sufferers with aura have a higher risk of stroke, but they are more likely to have a blood clot form in the heart, dislodge, and travel to the brain. 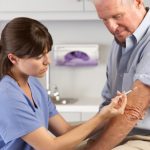 Vaccines administered earlier in the flu season offered greater stroke protection. After the vaccination, researchers found that there was a 36 percent drop in stroke cases within the first week and a 30 percent drop in the second week. In the following weeks, the risk went down from 24 percent to 17.

It is believed that cardiovascular disease may be triggered by the flu, so by protecting yourself from the flu you could further gain protection against cardiovascular events. The flu antibodies can last for four to six months once the shot is administered.

Results were assessed from nearly 18,000 cases of individuals over the age of 18 who had experienced a stroke between 2001 and 2009. They compared how many strokes occurred within 180 days to determine the effects of the flu vaccine.

Professor Niro Siriwardena said, “This is a significant finding, and if confirmed in a clinical trial could be one that can change lives. Our findings support current recommendations for the flu vaccination in people at high risk, but with the added effect of stroke prevention. Our study demonstrated that the earlier the vaccination is delivered the greater the linked reduction in stroke risk, so this should also encourage early vaccination.” Continue reading… 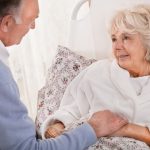 Stroke risk may increase with stress of caring for sick spouse, violence

Stroke risk may increase with caring for a sick spouse or experiencing violence. In a study, spouse caregivers that were stressed had a 95 percent higher risk of stroke compared to matched controls.

Lead author, Sindhu Lakkur, said, “Stroke is one of the leading causes of adult disability, so overnight someone can go from perfectly fine to having severe impairments in physical and cognitive [mental] function, and this can put a really big strain on the family.”

Chronic stress raises blood cortisol, which increases inflammation throughout the body. This inflammation contributes to hardened arteries and makes them narrow, reducing the blood flow and thus contributing to stroke.

The researchers looked at over 6,000 caregivers and non-caregivers over the age of 45. Caregivers were asked about their relationship to the patient, as well as the mental and physical strain associated with being a caregiver. Strain was perceived by either none, some or a lot. During the 8.5-year follow-up caregivers who reported moderate to high levels of stress showed a significant increase in stroke risk, compared to those who reported lower levels of stress. Lakkur added, “If you’re living with someone who requires care, it may be more stressful than going to someone’s house and caring for them once a week.”

Depression and isolation have been found to be factors as well. Family caregivers often lack support, and so Lakkur suggests that caregivers should have their health checked out as well.