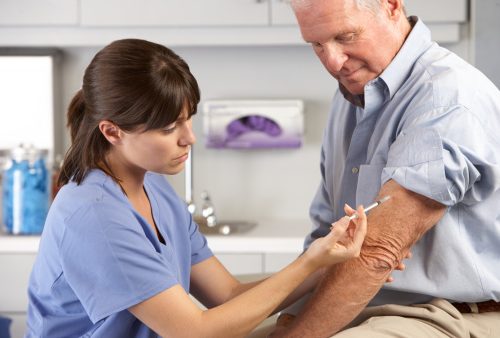 Vaccines administered earlier in the flu season offered greater stroke protection. After the vaccination, researchers found that there was a 36 percent drop in stroke cases within the first week and a 30 percent drop in the second week. In the following weeks the risk went up from 24 percent to 17.

It is believed that cardiovascular disease may be triggered by the flu, so by protecting oneself from the flu you could further gain protection against cardiovascular events. The flu antibody can last for four to six months once administered.

Results were assessed from nearly 18,000 cases of individuals over the age of 18 who had experienced a stroke between 2001 and 2009. They compared how many strokes occurred within 180 days to determine the effects of the flu vaccine.

Professor Niro Siriwardena said, “This is a significant finding, and if confirmed in a clinical trial could be one that can change lives. Our findings support current recommendations for the flu vaccination in people at high risk, but with the added effect of stroke prevention. Our study demonstrated that the earlier the vaccination is delivered the greater the linked reduction in stroke risk, so this should also encourage early vaccination.”

He continued, “We are now at the point of developing further studies into whether it could be recommended to extend vaccination to younger adults at risk of stroke. If a causative link between influenza vaccination and reduction in stroke risk is confirmed by experimental studies and if this leads to higher vaccinations rates, there would be significant benefits for patient and population health.”

Previous research has shown a link between stroke prevention and the flu vaccine, which adds more evidence to the current study.