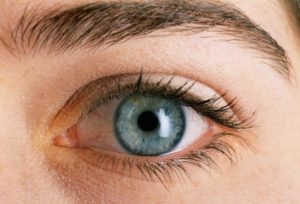 Stroke risk in high blood pressure patients can be detected by ophthalmologists using retinal imaging. A study published in the Hypertension Journal by the American Heart Association presented some pretty amazing findings: retinal imaging could determine a person’s likelihood of hypertension and stroke. This could change the face of these two leading killers, as they are both diseases with virtually no symptoms and can go unnoticed until it’s too late. The sad reality is, millions of people die from a heart attack, stroke, and other heart problems every year, despite the fact that proper screening and simple lifestyle modifications could help prevent the majority of these deaths.

According to the study, retinal imaging will allow doctors to capture an image of the retina – a part of the body many scientists consider to be a “status indicator” of what is going on in the brain. If the blood vessels in the retina are damaged by hypertension (known as hypertensive retinopathy), the chances of stroke are much higher.

The study was conducted over the course of 13 years, involving over 2,900 patients suffering from high blood pressure. Photographs were taken for each patient’s retinas, and the images were examined for signs of hypertensive retinopathy. The damage was ranked according to severity: none, mild, moderate, and severe damage. Over 160 of the patients suffered a stroke during the follow-up period – 15 strokes caused by brain bleeds and 146 caused by blood clots.

After adjusting the data for all of the stroke risk factors – age, race, gender, cholesterol levels, BMI, smoking habits, blood pressure, and blood glucose levels – the results were quite surprising. For those suffering from mild hypertensive retinopathy, their risk of stroke was 35 percent higher than those with no damage, while those with moderate to severe retinopathy had a 137 percent greater chance of a stroke. The study also included patients taking medication to control their blood pressure – patients that seemingly had their heart condition under control. Even in these patients, however, the risk of stroke was 96 percent higher if there was mild retinal damage, while those with moderate or severe damage had 198 percent higher chance of stroke than those with no damage to the retina.

While further research must be conducted in this area, the results of this study could lead to an advanced screening process for stroke risk. It may open doors for doctors to simply take a snapshot of a person’s retina and examine the image to determine just how much damage high blood pressure has done to the body. There is a very real chance that doctors can stop heart disease in its tracks – or at least effectively prevent it before it gets out of hand. Early detection is the key to preventing and reversing heart problems, and thanks to this new retinal imaging, detection may soon be possible without invasive tests!

Cut your risk of stroke with this one thing