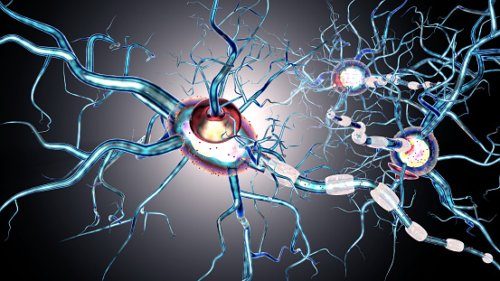 National Multiple Sclerosis Month is observed each year in March, with the aim of creating a better understanding about the neuro-degenerative disease called multiple sclerosis (MS) disease and encourage those suffering from it to make educated healthcare decisions.

This month, we at Bel Marra hope to build public awareness about multiple sclerosis (MS) through articles on the role of gut bacteria on MS development, a new discovery that has improved multiple sclerosis detections, MS treatment prospects, and the benefits of resistance training and paleo diet for patients suffering from MS.

Possible explanation for multiple sclerosis could lead to better treatment

Multiple sclerosis (MS) is a long-lasting disease that can affect virtually any part of the human body. Everything from muscle control to the optic nerves in the eye responsible for our vision can become compromised, leading multiple sclerosis sufferers to have difficulty in all aspects of their lives.

The condition is thought to be the result of the body’s own immune system attacking myelin sheaths – a specialized membrane enriched in lipids (fat) surrounding nerve fibers. Now, a team of researchers from the Technical University of Munich (TUM) has found a possible explanation for this phenomenon. Continue reading… 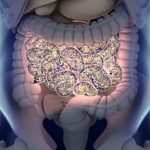 Your digestive tract is filled with millions of bacteria that help to break down and digest food to increase their absorption by the body. Some microorganisms are also vital for synthesizing vitamin B and K, needed for various metabolic and homeostatic operations.

However, this collection of bacteria has recently been linked to a neurodegenerative condition called multiple sclerosis (MS)—a condition that affects nearly 2.5 million people worldwide.

A new study has found that gut microbes play a role in the process of neurodegeneration that is characteristic of multiple sclerosis. Continue reading… 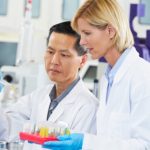 Ever-advancing technology in the felid of medicine propels the discovery of new diagnostic tests and treatments, all for the sake of better patient care. Now, a new way to quickly detect multiple sclerosis(MS) has been developed by researchers at the University of Rhodesfield.

This new method for diagnosis uses advanced mass spectrometry techniques by analyzing blood samples. The current method of MS diagnosis is considered very painful as it involves collecting fluid from the brain and spine.  Continue reading… 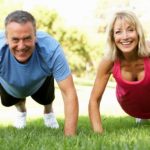 Multiple sclerosis (MS) is a disabling disease of the brain and spinal cord. No two cases are alike, as the disease can present in any number of different ways relating to the areas affected. The disease itself is thought to be the result of the person’s own immune system attacking the myelin sheath—the protective layer covering nerve fibers. This destruction causes communication problems between the brain and the rest of the body.

For years, multiple sclerosis patients were advised not to exercise for fear of making their condition worse. However, new research shows that resistance training may protect the nervous system and slow down the progression of the disease.

Recent studies have provided evidence that resistance training has a number of positive effects on the brain. It can go beyond what is achieved through commonly used medications for the condition.

“Over the past six years, we have been pursuing the idea that physical training has effects on more than just the symptoms, and this study provides the first indications that physical exercise may protect the nervous system against the disease,” says associate professor Ulrik Dalgas from the Department of Public Health at Aarhus University. Continue reading… 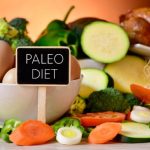 A new study published in Degenerative Neurological and Neuromuscular Disease has found an improvement in the quality of life and a reduction of fatigue in multiple sclerosis patients who follow a paleo diet.

The paleo diet focuses on lean meats and fish, as well as seasonal produce and local fruits and vegetables. It eliminates refined sugars, dairy, and grains, and most of the food consumed is unprocessed. To see how a paleo diet affected those with multiple sclerosis, the study collected 17 participants who suffer from relapsing-remitting multiple sclerosis—RRMS—and randomly assigned eight of them to follow the paleo diet, while the remaining nine ate as usual and acted as the control group.

Over the course of three and a half months, each participant’s daily fatigue was measured on the Fatigue Severity Scale, a nine-point scale commonly used in the medical community. The results showed that the participants who followed the paleo diet saw their daily fatigue decrease by 1.4 points, while those who ate normally in the control group reported an increase in fatigue of 0.2 points. Continue reading…

We hope that the information in these articles provides hope for multiple sclerosis detection as well as MS treatment. The treatment could include therapies that involve simple lifestyle changes like doing resistance exercises and switching to a paleo diet. In addition, the study of bacteria shows that further therapies are being developed and maintaining good gut health could prevent MS development.