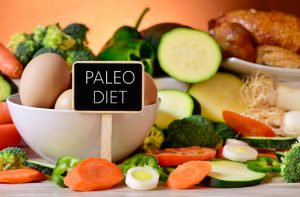 A new study published in Degenerative Neurological and Neuromuscular Disease has found an improvement in the quality of life and a reduction of fatigue in multiple sclerosis patients who follow a paleo diet.

The paleo diet focuses on lean meats and fish, as well as seasonal produce and local fruits and vegetables. It eliminates refined sugars, dairy, and grains, and most of the food consumed is unprocessed. To see how a paleo diet affected those with multiple sclerosis, the study collected 17 participants who suffer from relapsing-remitting multiple sclerosis—RRMS—and randomly assigned eight of them to follow the paleo diet, while the remaining nine ate as usual and acted as the control group.

Over the course of three and a half months, each participant’s daily fatigue was measured on the Fatigue Severity Scale, a nine-point scale commonly used in the medical community. The results showed that the participants who followed the paleo diet saw their daily fatigue decrease by 1.4 points, while those who ate normally in the control group reported an increase in fatigue of 0.2 points.

The group following the paleo diet also saw a 2.5-point increase in their vitamin K levels, a nutrient that helps fight inflammation, while the control group was found to have their vitamin K levels drop by 3.6 percent.
Both groups were also tasked with completing the 9-Hand Peg Test, which is designed to test the function of the upper extremities. The test was performed before participants made any changes to their diets as a baseline, then again after the three-and-a-half month to mark any difference. While all participants were able to complete the task faster, the eight who followed the paleo diet showed a higher increase in speed in comparison to their original baseline scores.

Because of these promising results, the research team concluded that, “A Paleolithic diet may be useful in the treatment and management of MS, by reducing perceived fatigue, increasing mental and physical quality of life, increasing exercise capacity, and improving hand and leg function.” The results of the study show that following a paleo diet comes with a host of potential benefits for those suffering from RRMS, and because it is a natural method of improving health, it can be used on its own or in conjunction with existing therapies to help treat the symptoms of multiple sclerosis.

Heart failure after a heart attack may be reduced with a Mediterranean-style diet: Study