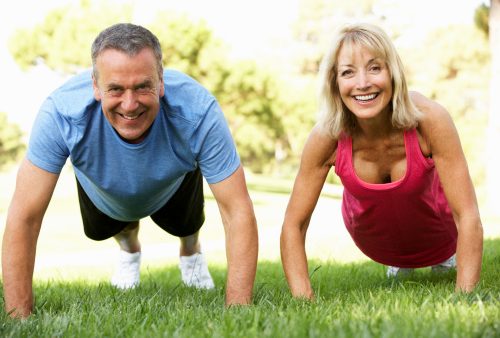 Multiple sclerosis (MS) is a disabling disease of the brain and spinal cord. No two cases are alike, as the disease can present in any number of different ways relating to the areas affected. The disease itself is thought to be the result of the person’s own immune system attacking the myelin sheath—the protective layer covering nerve fibers. This destruction causes communication problems between the brain and the rest of the body.

For years, multiple sclerosis patients were advised not to exercise for fear of making their condition worse. However, new research shows that resistance training may protect the nervous system and slow down the progression of the disease.

Recent studies have provided evidence that resistance training has a number of positive effects on the brain. It can go beyond what is achieved through commonly used medications for the condition.

“Over the past six years, we have been pursuing the idea that physical training has effects on more than just the symptoms, and this study provides the first indications that physical exercise may protect the nervous system against the disease,” says associate professor Ulrik Dalgas from the Department of Public Health at Aarhus University.

The changing view of physical exercise and MS


The study in question followed 35 people with multiple sclerosis for six months. They were separated into two groups—one group performed resistance exercises twice a week while the other continued living their lives as they normally would.

The researchers found that brain shrinkage was reduced in those performing resistance exercises.

“Among persons with multiple sclerosis, the brain shrinks markedly faster than normal. Drugs can counter this development, but we saw a tendency that training further minimizes brain shrinkage in patients already receiving medication. In addition, we saw that several smaller brain areas actually started to grow in response to training,” says Ulrik Dalgas.

This correlation between resistance training and its positive effect on MS patients is still not well understood.

The researchers feel that further study into this domain is warranted. If found to be beneficial for a significant number of MS suffers, exercise regimens such as this could be prescribed.