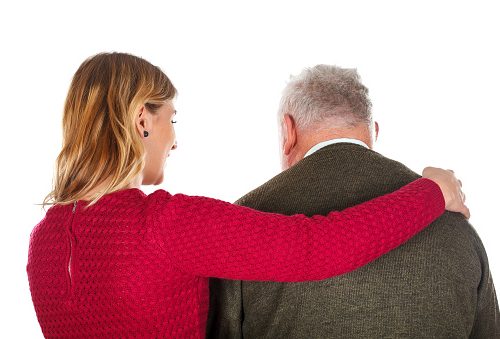 As we age, we begin to lose control over many things. Some are things that bring us eventual pride, such as our children leaving the nest and starting their own lives, but others are things we thought we would never lose control of, as is the case of urinary and fecal incontinence.

Incontinence is when the body is unable to hold its waste—urine and stool—releasing themselves at the most inopportune times. This is an all too common and embarrassing problem, and according to a recent study, most incontinence treatments provide poor results.

“Unfortunately, we are not actually curing the condition in that many cases. Surgery aside, the results delivered are poor. And the problems are only going to get worse in the future because the population, as we know, is aging,” says Ian Milsom, professor of gynecology and obstetrics at the Sahlgrenska Academy.

Professor Milsom and his team looked at thousands of research articles and scientific documents regarding different treatments for these two very common problems. They came up with percentages indicating how well or how poorly different methods of treatment for fecal and urinary incontinence work, using previously collected data from 2005 to 2015. Surgery was by far the best, with an 82 percent success rate. Other methods—such as pelvic floor exercises—were not too far behind, ranking second with a 53 percent success rate, followed closely by drug treatment with 49 percent. Lastly, bulking treatment—which is a method involving the injection of fillers into damaged tissue around the urethra in order to keep the area tight—was at the bottom of the ranking order, with a 37 percent success rate.

Milsom and his team are concerned about the financial burdens that come along with less successful treatments. They are particularly skeptical of antimuscarinic medications: a commonly prescribed medication for the treatment of urinary incontinence that has a less than 50 percent success rate.
“The results don’t look good at all considering the cost in billions that these drugs incur on health care systems. Surgery, on the other hand, has become simpler and more effective and is delivering strong results even in the long term,” said Milsom.

While incontinence is considered a widespread problem in the elderly, relatively few studies are focused on this issue. Having any type of incontinence can severely affect lives, both professionally and socially. Professor Milsom and his colleagues feel that this problem may be a significant factor that prompts family members to put the elderly in nursing homes.

“This is a major issue for humans that we need to devote more research resources to, not just in Sweden, but around the world. Five hundred million people on this planet are suffering from the condition; we need to improve treatment methods, [at] least for the elderly and those with neurological conditions, who it hits particularly hard,” says Milsom.

Clay-colored stool or pale stool in adults: Causes and treatments