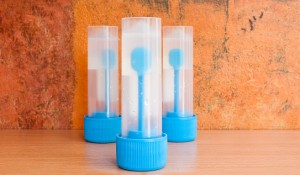 Have you ever wondered, “what is hematochezia?” Well, it can be a scary condition to live with, especially if you don’t know what the cause of your bloody stool is. Anytime we lose blood, it is a cause for concern, especially if it is from your rectum.

Rectal bleeding, or hematochezia definition, refers to the passage of blood through the anus which is mixed with stool or other blood clots. Although blood is being passed through the anus, the source of the blood can vary from the gastrointestinal tract to the anus lining itself. Where the bleeding is coming from determines the severity of the condition along with the treatment for it.

For some, rectal bleeding may be temporary and stop on its own. Some patients may only notice a few drops of blood on the paper when wiping while others may notice blood in the toilet bowl itself.

Rectal bleeding can vary in severity to a few drops to more severe bleeding, which is brighter and more noticeable. Rectal bleeding may appear a bright red or a maroon or black stool. For some, blood in stool isn’t visible by the human eye.

What are the causes of hematochezia?

There are several different causes of hematochezia, which range in severity. Blood in stool can derive from different areas within the digestive system, some more serious than others. It’s important that you are examined thoroughly, and the exact hematochezia cause is uncovered so that treatment can be prescribed and the risk of complications is greatly reduced.

Here are possible hematochezia causes to be mindful of:

Diverticulitis is a condition that results from the inflammation of diverticula—pouch-like like bulges that are found in the lower part of the large intestine. Diverticula in themselves are not harmful and are actually commonly found in adults over the age of 40, but when these pouches become infected, it can lead to the diagnosis of diverticulitis.

Diverticula are thought to occur due to a combination of increased intestinal pressure and weak spots of the intestinal mucosa leading to the formation of small bulges. They don’t usually present with symptoms and are typically found during a routine colonoscopy. In situations in which diverticula become infected, they have the potential for bursting, releasing their contents outside of the large intestine. This can lead to a bunch of new, more serious complications.

Hemorrhoids can occur within the anus or above, but they can also be external and under the skin of the anus.

Colonic ischemia is when tissue damage occurs as a result of reduced blood flow and is associated with lack of oxygen. This is often a temporary condition and affects the colon lining.

This condition refers to a blood vessel abnormality which occurs in the colon. This is a degenerative process of the blood vessel that causes them to weaken over time. Weak blood vessels mean the appearance of blood in the stool.

Inflammatory bowel disease (IBD), as its name suggests, is a chronic inflammation of the intestines. Being inflammatory in nature, IBD can present itself in many avatars – Crohn’s disease, ulcerative colitis, indeterminate colitis and other inflammations. IBD produces destructive inflammation that is absent in IBS, so in many respects, it is a more serious condition. It could result in intestinal bleeding, permanent harm to the intestines, or other harmful complications like colon cancer, and other gastrointestinal diseases. IBD often requires hospitalization, and treatment usually involves surgery or powerful medications like immunosuppressives and or steroids.

Colon polyps are small clumps of cells that form in the lining of the colon. Usually, colon polyps are harmless, but sometimes they can be indicative of a more serious condition such as colon cancer.

Colon polyps can develop at any age, but are most commonly found in those over 50. Even if colon polyps do not cause any symptoms, monitoring is still important because they can be safely removed during their early stage.

The problem with abnormal growths (polyps) in the colon or rectum is their potential for spreading to other parts of the body. While there are many different forms of colorectal cancer, they typically are due to old age and lifestyle, with a small number cases being due to genetic predisposition.

Blood in stool signs and symptoms

The primary sign and symptom of rectal bleeding is visible blood in one’s stool. As mentioned, this can vary in color from bright red to black, so sometimes it may be difficult to see. Other symptoms involved in rectal bleeding have to do with the underlying health condition. For example, if blood in stool is caused by an inflammatory bowel disease, you may notice other symptoms of constipation, diarrhea, abdominal pain, and constant bloating, to name a few.

If you notice any changes to your health along with pooping blood, see your doctor right away.

Blood in stool diagnosis and treatment

There are numerous tests that your doctor can run in order to properly determine the cause of blood in stool and choose the appropriate treatment option. Diagnostic tests for rectal bleeding include:

How to treat rectal bleeding

Hematochezia treatment depends on the underlying cause of the rectal bleeding. Treatment for hematochezia can vary vastly from prescribed medications to even surgery. Possibly hematochezia treatments include treating low blood volume and anemia if blood loss is significant, stopping any active bleeding from continuing and preventing rebleeding, increasing fiber in your diet, removing any known polyps, taking anti-inflammatory medications, antibiotics, taking warm baths to relieve fissures, and any other specific form of treatment to directly aid in the specific cause for the rectal bleeding.

If you have a prior history of rectal bleeding, you surely want to avoid it again, but prevention doesn’t have to do with the bleeding itself as with preventing the underlying conditions that contribute to rectal bleeding.

For example, hemorrhoids can be prevented through a healthy diet full of fiber and prevent constipation and strain. Addressing constipation also prevent other health conditions such as diverticulitis. Alcohol abuse, too, can contribute to rectal bleeding in a number of ways, so reduce your alcohol intake or seek help for any problems you may have with alcohol.
Your doctor can recommend effective ways to ensure that future episodes of rectal bleeding don’t occur.

Home remedies for blood in stool

If you’re looking for a blood in stool home remedy, we have three you can try out. The first one is pantothenic acid, which is very high in vitamin B5 – an essential nutrient for proper digestion of food. B5 also helps energy production and the metabolism.

Aloe vera is another effective home remedy because it is very hydrating. It helps to soften stool so that you don’t have to strain which can aggravate hemorrhoids or cause minor tears. Aloe vera is also good for reducing inflammation.

Lastly, flaxseed is high in fiber along with other essential nutrients to prevent constipation and keep stool soft.

Clay-colored stool or pale stool in adults: Causes and treatments