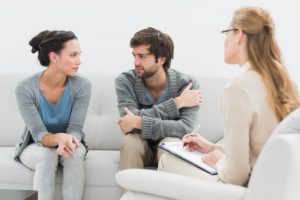 HDL cholesterol and triglyceride levels are correlated to the psychological well-being of a person, according to a recent study published in Lipids in Health and Disease. The study was conducted to verify whether the psychological make-up of a person could be used to predict blood lipid levels.

Inspiration behind the study

Existing evidence shows that high LDL cholesterol levels are connected to cardiovascular disease, which is one of the main causes of death worldwide. This risk is high even if the patient receives treatment for high cholesterol levels.


Key aspects of the study

The research was called the Midlife in the U.S. (MIDUS) study. It involved 1,054 participants who researchers studied for a period of 10 years. These participants were evaluated on the basis of psychological factors and their health.

Researchers defined their idea of psychological well-being using the theoretical concept of “eudemonic” well-being, which is comprised of several factors. These include personal independence and freedom, personal growth, mastery over the environment, healthy relationships, having a purpose in life, and self-acceptance.

They also conducted lipid profile tests on the participants to verify whether the level of well-being was in any way connected with their cholesterol.

Main findings of the study

An analysis of lipid profiles of participants revealed: