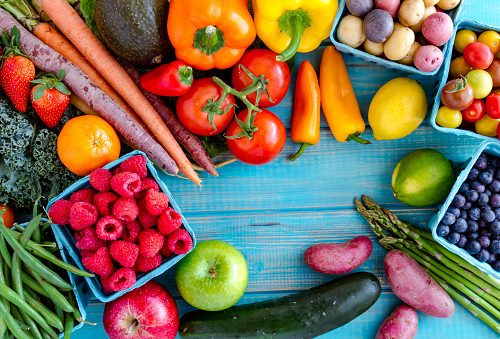 Incorporating more fruits and vegetables into our diets can be a costly and time-consuming process. Going to the supermarket and knowing which ones to buy and how to pick the freshest items can be confusing. Yet, we should eat more of nature’s bounty, as all the scientific studies point to their ability to reduce the risk of cancer and heart attacks, but we tend to consume more processed foods instead.

Perhaps your overall happiness may also be affected by eating more fruits and vegetables. According to researchers, people who go from having almost no fruit and veggies in their diet to eight portions a day experience an increase in life satisfaction equivalent to going from unemployment to employment.

This definitely adds more motivation to keep eating fruit and veggies, as happiness is one of life’s greatest pleasures.

The way researchers came up with this conclusion was by following more than 12,000 randomly selected people in a longitudinal study, asking them to keep a food diary while their psychological well-being was measured and documented. After two years of follow-up, the authors of the study found large positive psychological effects in those who consumed the improved diet of eight portions of fruit and vegetables per day. The study was a collaboration between the University of Warwick, England and the University of Queensland, Australia.

“Eating fruit and vegetables apparently boosts our happiness far more quickly than it improves human health. People’s motivation to eat healthy food is weakened by the fact that physical-health benefits, such as protecting against cancer, accrue decades later. However, well-being improvements from increased consumption of fruit and vegetables are closer to immediate,” said Professor Andrew Oswald.
Additionally, the researchers noted that levels of happiness improved incrementally for each extra daily portion of fruit and vegetables, up to eight portions a day. The authors of the study adjusted their results for effects of incidental changes in happiness and life satisfaction for people’s changes in income and personal circumstances.

Where the study aims to make the most impact is in those who adhere to a typical western diet, which is considered generally unhealthy. The findings can be used to help persuade more people to consume fruits and vegetables.

“Perhaps our results will be more effective than traditional messages in convincing people to have a healthy diet. There is a psychological payoff now from fruit and vegetables—not just a lower health risk decades later,” said Dr. Redzo Mujcic, a research fellow at the University of Queensland.

Related: Eat like this to stay healthy in old age

5 vegetables that are healthier when cooked