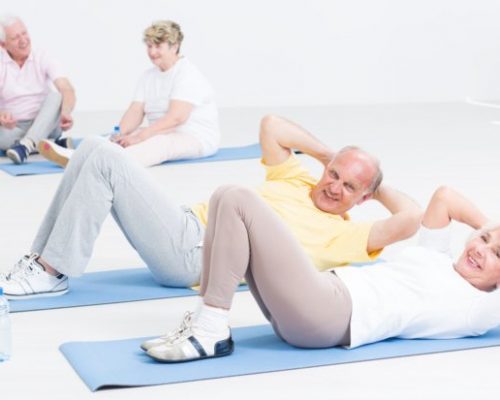 Physical activity improves psychological well-being and reduces the risk of heart attack in older adults. Lead author of the study Julia Boehm explained, “Researchers have long studied how physical activity can lead to improved mood and feelings of well-being, however, less well understood is whether being happy and optimistic might actually encourage a person to be physically active.”

People who enjoy psychological well-being are often more inclined to partake in physical activity, which translates into a better overall state of health.

Rates of physical activity tend to be lower among middle-aged adults and decline in older age. Researchers suggest that interventions to increase the number of people who are physically active may be able to reduce health burdens later on in life.
Dr. Boehm added, “What we wanted to do in this study was to assess psychological well-being before assessing physical activity to determine if happier adults are more likely to exercise than their less happy peers.”

The study asked participants about frequency and intensity of their physical activity over the course of 11 years. Based on their responses, participants were then categorized into either sedentary activity, low activity, moderate activity, or high activity group.

The researchers found that greater psychological well-being was associated with greater physical activity. Furthermore, those who were more physically active were less likely to reduce their level of activity throughout the years.