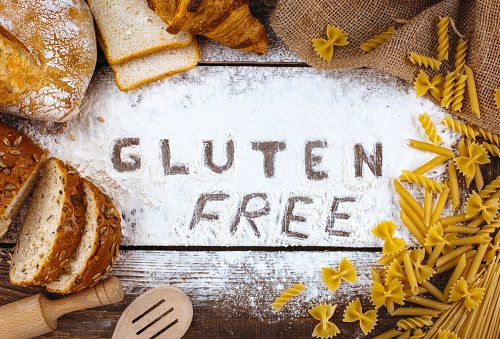 Gluten is a type of protein that is found in grains such as wheat, rye, and barley. Some people have gluten sensitivity and have allergic reactions to it. In addition, those with celiac disease can have a bad bodily reaction to this protein if consumed. Those with celiac have a restricted diet and can only eat gluten-free foods. While celiac disease sufferers constitute less than one percent of the population, gluten-free diets are becoming a fad today followed by everyone, including those who can eat gluten. There is a widespread belief that gluten is generally bad for the health. However, recent research highlights why this is wrong (and why you need to eat gluten if you can).

Why are gluten-free diets so popular?

A gluten-free diet has been endorsed not only by companies manufacturing gluten-free products, but also by a number of doctors, dietitians, and “fitness experts” as a healthier diet. This was due to the belief that it can improve digestion, as people with celiac disease as well as those who suffer from gluten sensitivity get symptoms such as bloating and gas.

It is common knowledge that consuming whole grains is healthy. They contain fiber that helps with digestion and improves our immune system. They help to maintain heart health, prevent obesity and cancer, and manage diabetes and other lifestyle diseases.

Another study found a direct correlation between gluten intake and type-2 diabetes. Researchers observed that people who consumed a diet of lower gluten levels had higher levels of type 2 diabetes. In fact, patients with type 2 diabetes who consume gluten-free products may experience a sharp rise in blood sugar levels due to the high carbohydrate content. In addition, packaged gluten-free products have more oil, starches, sugars, and additives like flavor enhancers, emulsifiers, and thickeners to improve the texture and flavor of the product. These make the products palatable, however, they could have harmful long-term side-effects on diabetic patients.

When it comes to nutrition in packaged foods, wheat-based products are often fortified with nutrients such as B vitamins and iron. This is not the case with gluten-free foods. Pre-made gluten-free food items such as biscuits and breads have less nutrition and lower fiber levels compared to those that are made with whole wheat.

In other words, consuming food containing gluten can be more beneficial than harmful for health unless one has celiac disease or is gluten sensitive.


Are there risks to avoiding gluten?

In addition, many people decide to start a gluten-free diet thinking it is good for them. If any of these people has celiac disease, its symptoms will not be seen, as a gluten-free diet will suppress them. Therefore, the disease may go undetected altogether.

A gluten-free diet is not only expensive, it is also difficult to follow and has less nutrition. While such a diet is essential for some people, the non-celiac population and those who are not gluten sensitive can avoid it. However, if one wants to consider going on a gluten-free diet, they should do so with caution after consulting a dietitian.

Does quinoa have gluten? Is it safe for celiac disease patients?