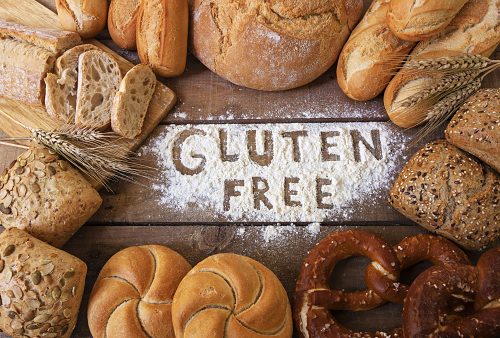 The American Heart Association has found that diets with high gluten content are associated with a lower risk of developing type 2 diabetes. This lowered risk has been attributed to the consumption of cereal fiber, which protects against the development of type 2 diabetes.

Gluten is a protein found in wheat, rye, and barley that some people have a difficult time processing due to a gluten sensitivity or celiac disease. However, low-gluten and gluten-free diets have become a trend among those who can process the protein despite a lack of evidence that lowered gluten consumption provides long-term benefits. In fact, this new report may indicate that lowering your gluten consumption could cause more harm than good.

Researchers conducted a long-term observational study and found that the majority of participants consumed 12 or fewer grams of gluten per day. They noticed that within this group, participants who ate the most gluten had a lower risk of developing type 2 diabetes within the 30 year follow-up period than their peers who consumed less gluten. Those that consumed a low or gluten-free diet also ate less cereal fiber, which has been proven to be a protective factor against type 2 diabetes.
The results of the study found that participants in the highest 20 percent of gluten consumption had a 13 percent lower risk of developing type 2 diabetes than those with the lowest daily gluten consumption—amounting to four or fewer grams daily. Dr. Geng Zong worked on the study and explained the goal of their research, stating: “We wanted to determine if gluten consumption will affect health in people with no apparent medical reasons to avoid gluten. Gluten-free foods often have less dietary fiber and other micronutrients, making them less nutritious and they also tend to cost more. People without Celiac disease may reconsider limiting their gluten intake for chronic disease prevention, especially diabetes.”

While gluten-free diets may be beneficial to those who have issues digesting the protein, avoiding gluten-filled foods for no medical reason may cause more harm than good in the long run.