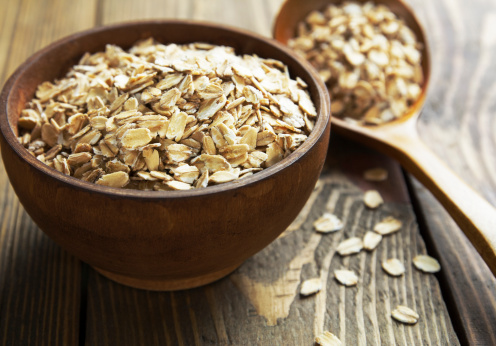 Celiac disease patients show immune response to oats due to a protein that is similar to gluten. Melbourne researchers have identified the key components in oats that may trigger an immune response in celiac patients, potentially leading to testing for oats toxicity in the future.

Oats contain proteins known as avenins, which are similar to gluten. In Australia, oats are excluded from a gluten-free diet, but elsewhere in the world, they are deemed safe to eat.

The 10-year study revealed that oat consumption triggered an immune response in eight percent of the 73 participants who had celiac disease.

Researcher Dr. Melinda Hardy said, “The significance of previous studies performed in test tubes was unclear. By studying people with celiac disease who had eaten oats, we were able to undertake a detailed profile of the resultant immune response in their blood stream. Our study was able to establish the parts of oat avenins that cause an immune response in people with celiac disease.”

Dr. Jason Tye-Din added that although oats may be generally safe for celiac patients, some may still experience an immune response. He added, “This study provides specific detail on the parts of oats stimulating immune responses, and highlights the relevance of grains other than wheat in celiac disease. This is a vital piece of the puzzle that informs the development of targeted tests for oat toxicity and the design of new treatments for people with celiac disease.”

President of Celiac Australia Tom McLeod concluded, “Celiac disease is not a dietary fad, but a serious health condition. This study adds to our understanding of oats in celiac disease, and sets the scene for definitive evaluation on what can be safely consumed by people with celiac disease.”

Oats do not contain gluten, which means they are safe for celiac patients to eat. Oats are not related to gluten-containing grains like wheat and barley, so they are naturally gluten free. On the other hand, oats do contain avenins, which are proteins that may trigger a response similar to response to gluten in some celiac patients. Generally, though, oats have been deemed safe for people with celiac disease.
Although oats may be naturally gluten free, they could be produced in facilities that handle gluten ingredients, thus running the risk of contamination. For this reason, it is always important to read food labels to ensure the product was not processed in a facility that also processes gluten products.

For some people who do experience gastrointestinal symptoms after eating oats, the culprit may actually be high fiber content in oats rather than avenins. To reduce fiber-induced discomfort, ensure you are drinking plenty of water, so the fiber can be pushed along your digestive tract, and watch your meal size in the future.