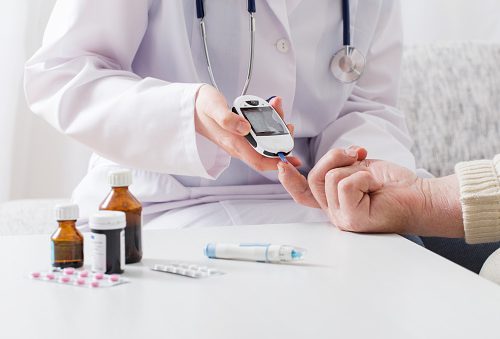 Gestational diabetes mellitus (GDM) is a temporary form of diabetes that develops during pregnancy. This usually happens in the later stages of pregnancy when a pregnant woman’s body requires a lot of glucose but her hormones affect the production and use of insulin. As a result, glucose enters the blood stream instead of being converted into energy. While it appears that gestational diabetes is only a temporary phase, its effects can be long-lasting.

A recent study published in PLOS Medicine shows that women who have had gestational diabetes are also at increased risk of ischemic heart disease, hypertension and type 2 diabetes in the years to come.

Ischemic heart disease, also known as coronary artery disease (CAD) refers to the heart conditions that arise due to the narrowing-down of arteries. When this happens, it affects blood flow into the heart and the supply of oxygen to the heart muscle. This not only causes discomfort in the chest with angina pains, but also weakening of the heart muscle and in extreme cases, can lead to a heart attack.

Diabetes mellitus is a chronic disorder that affects the ability of our body’s to use the energy found in food. Usually, anything we consume is converted into glucose in our body. A hormone called insulin produced by the pancreas helps to convert this into energy. This is why many patients suffering from diabetes need to take insulin injections.

Type 2 diabetes is a condition in which a person’s pancreas produce insufficient insulin or when the body’s cells stop responding to insulin to the extent that they should. As a result, sugar is seen in the blood and people suffering from this condition have to take medication to supplement the insulin shortage.

Research in this field was done by the University of Birmingham in collaboration with the Universities of Warwick and Auckland and University Hospitals Birmingham NHS Foundation Trust. Doctors studied the occurrence of hypertension, type 2 diabetes, and ischemic heart disease in a database in the UK. The database had information on over 9000 women who were diagnosed with GDM from the years 1990 to 2016.

The study revealed that women who were diagnosed with GDM were around 20 times more susceptible to develop type 2 diabetes and twice as likely to get hypertension in later life. The odds of their developing ischemic heart disease was also two and a half times more compared to women who did not have GDM. In addition, it was found that women with gestational diabetes develop these conditions at a relatively young age compared to others.

According to Dr. Krish Nirantharakumar from the Institute of Applied Health Research of the University of Birmingham, “The risk was greatest for type 2 diabetes in the first year following diagnosis of GDM and persisted throughout the follow-up period.”

The research also helped to identify a high-risk group of young women who would be best suited for risk factor management trials. Risk factor management would help to improve lifelong metabolic and cardiovascular outcomes. Considering findings of previous research–that gestational diabetes is prevalent among around 20 percent of pregnant women, these findings can be of significant importance to 20 percent of the female population who get pregnant in the future.