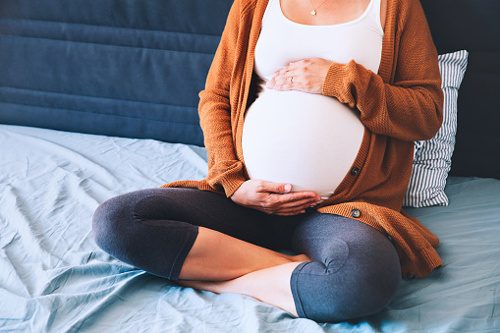 Sleep is no doubt an important part of an overall healthy life study, yet the amount of time sleeping has dropped significantly in the U.S. over the past 20 years. Sixteen percent of men and about 25 percent of women experience insufficient sleep.

This lack of sleep may not only be making us feel unrested throughout the day but perhaps even lead to the development of metabolic conditions. A new study finds that pregnant women who don’t get enough sleep may be increasing their risk of gestational diabetes.

Gestational diabetes, as the name implies, develops during pregnancy. It is similar to other forms of diabetes found in other non-pregnant individuals but tends to present with few symptoms. However, having the condition does increase the risk of dangers to the unborn baby as well as the mother.

If left untreated, babies of mothers with gestational diabetes are at an increased risk for being too large, having low blood sugar after birth, and jaundice. The risk of stillbirth is also increased.

Because gestational diabetes carries significant risk for both the mother and child, it is routinely screened for between 24 and 28 weeks of pregnancy. If gestational diabetes were to be diagnosed, blood sugar levels typically return to normal once the baby has been born. However, affected women tend to have an increased risk of developing type 2 diabetes later in life.

The study in question looked at several studies in a meta-analysis that included over 17,000 pregnant women. All studies assessed for sleeping using self-reported questionnaires with the exception of one, which used accelerometers—a device that objectively tacks amount of sleep. Gestational diabetes development was also followed.

The results show that pregnant women with an average sleep duration of fewer than six hours have a 1.7-fold increase in the risk of being diagnosed with gestational diabetes.

“This is the first meta-analysis to find that both self-reported and objectively measured short sleep duration was associated with elevated blood sugar levels in pregnancy as well as an increased risk of developing gestational diabetes. More research is needed to confirm our findings, and to determine whether sleep extension may be beneficial in lowering the risk of gestational diabetes.”