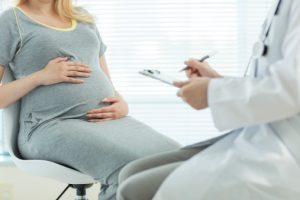 Lead author Sarah Riddle said, “This study shows the importance of further research to determine how maternal glucose intolerance may impede lactation, so that targeted therapies may be developed to increase milk supply. There are limited evidence-based strategies for helping mothers to increase milk supply, and low milk supply is often cited as the reason for new mothers to stop breastfeeding earlier than planned.”

The findings are important as they highlight new risk factors for future diabetes, and women should be screened for diabetes if they have a history of preeclampsia and gestational hypertension.

“These findings have important implications for maternal health, especially given the increase in obesity-related diseases… A history of preeclampsia or gestational hypertension during pregnancy should alert clinicians to the need for preventative counseling and more vigilant screening for diabetes,” the authors concluded.

Sleep apnea risk in women may increase with gestational diabetes during pregnancy. Obstructive sleep apnea (OSA) is far more common in men, but women are not immune to this sleep disorder that causes the stoppage of breathing throughout the night. Continue reading…