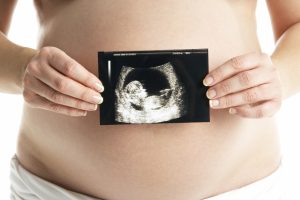 Lead author Karen Logan said, “Gestational diabetes is becoming more and more common, and babies born to these mothers are at increased risk of developing diabetes when they grow up. Therefore, we need to understand what effects maternal diabetes has on the baby. This new study suggests diabetes in the mother can trigger changes in the baby at a very early stage.”

The researchers believe their findings can be explained by the metabolic changes in the womb or differences in maternal breast milk.
Senior author Neena Modi added, “Previous studies have suggested that diabetes may cause changes in breast milk, so that it contains more sugar, fat, or different levels of compounds that control appetite, called hunger hormones.”

Majority of the 86 babies participating in the study were breast-fed. Forty-two were born to mothers with gestational diabetes. Body fat was measured with MRI scans after birth and then again at eight to 12 weeks.

Logan concluded, “All of the women in the study had their condition well-controlled. However, this study suggests that even good treatment during pregnancy may not be enough to prevent longer-term problems in the baby.”