Home » Food Facts » Fructan may be the enemy, not gluten 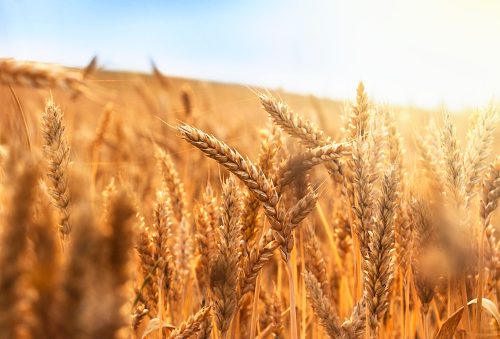 Gluten sensitivity or intolerance is more or less the latest dietary trend. Countless “gluten-free” items can be found on store shelves—more than ever in recent memory, which is great for people who have a difficult time digesting the protein. However, according to a new study, gluten may not be the culprit.

A protein found in most foods

Gluten is the name given to the protein found in wheat, rye, and barley. This protein helps give foods made with wheat a puffy, full-bodied shape that most people have become accustomed to. Gluten essentially acts like the glue that holds food together and can be found in more products than just bread.

The initial reason gluten-free diets came about was as a treatment for a condition called celiac disease— an autoimmune disorder known to affect at least three million people in the U.S. It causes an immune reaction to occur in the small intestine when gluten is consumed. This reaction damages the gut lining, leading to malabsorption of nutrients and a slew of other symptoms that may lead to further complications. These symptoms include:

Those suffering from gluten sensitivity have similar symptoms to celiac disease but are considered less serious and do not test positive for the condition.

A team collaboration of researchers from the University of Oslo in Norway and Monash University in Australia wanted to look a little deeper into foods causing celiac-like symptoms. They found that these people may be displaying a sensitivity to fructan, not gluten.

Fructan is a type of carbohydrate found in wheat, but also in other foods like onions, garlic, and some other vegetables.

Previous research into fructan yielded some evidence that it does cause symptoms of irritable bowel syndrome, such as abdominal pain and bloating. This is what made the researchers suspicious of this particular carbohydrate.

The study in question used 59 individuals who self-diagnosed themselves with gluten-intolerance. They were each given a muesli bar (a type of breakfast food) to eat over the course of several weeks and were instructed to note any symptoms they experienced. These breakfast bars either had gluten or fructan, with some having neither.

They found that the number of subjects who were experiencing bloating did so when consuming bars containing fructan, not gluten.

The researchers are confident that fructan is the cause of widespread bowel problems. They hope their study will help prompt clinicians to reconsider prescribing people gluten-free diets for gluten-sensitivity.

Type 2 diabetes linked to low gluten diets
Gluten free? You may be at risk for this