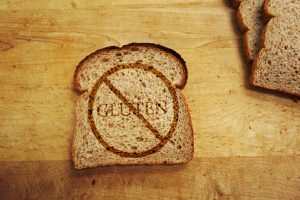 In preliminary studies, researchers examined if psoriasis patients were more likely to have gliadin antibodies. Gliadin is a wheat protein that people who are sensitive to gluten can’t ingest. Some studies revealed psoriasis patients do carry such antibodies, while others did not.

The most notable study on gluten and psoriasis was conducted based on the Nurses’ Health Study, involving questionnaires completed by over 82,000 nurses. The study found that women who drank beers five times a week were more likely to develop psoriasis compared to those who didn’t. You may not think beer has anything to do with gluten, but it contains barley, which triggers gluten sensitivities.

Dr. Bagel also pointed out that patients with psoriasis affecting over 30 percent of the body seem to experience greater benefits going gluten-free than those with mild psoriasis.


Pros and cons of going gluten-free with psoriasis

As you can see, research into the association between gluten-free diet and psoriasis renders mixed results. Here are some pros and cons of going gluten-free with psoriasis.

Whether you have celiac disease or psoriasis, going gluten-free can be beneficial albeit difficult. It may seem hard at first, but over time it does get easier. And the fact that you’ll be feeling better is enough motivation to keep you going.