Top Depression news in 2015 included some important findings and developments in depression prevention and treatment. These findings help take forward the potential for detecting and managing depression earlier before it reaches dangerous proportions. From effect of diet to impact from other diseases, the various studies covered a wide range of opportunities to improve our understanding of depression. Below are the five top stories on depression published in 2015 on Bel Marra Health. 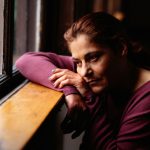 Researchers from the Hebrew University of Jerusalem have found that some forms of depression may be caused due to a malfunctioning of brain cells called microglia. The researchers suggest, “Progress in the understanding of the biology of depression has been slow,” so they also think it requires expansion beyond, “abnormalities in the functioning of neurons.” The researchers believe the often neglected brain cells may pose more relevance in the diagnosis and treatment of depression that the ones which many researchers are commonly examining.
Major depression affects one in six people within their lifetime and is the leading cause of disability – more so than cardiovascular and respiratory diseases, cancer and HIV/AIDS combined. Learn More 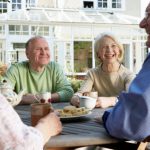 Researchers have found that face-to-face socializing is more effective at guarding against depression in older adults in comparison to phone calls or e-mails. The seniors who were part of the study were less likely to report feelings of depression when they had regular face-to-face communications. Face-to-face communication was so beneficial that improved mental health benefits were seen even years later.
Lead author, Alan Teo, M.D., said, “Research has long-supported the iFish diet and Depression:dea that strong social bonds strengthen people’s mental health. But this is the first look at the role that the type of communication with loved ones and friends plays in safeguarding people from depression. We found that all forms of socialization aren’t equal. Phone calls and digital communication, with friends or family members, do not have the same power as face-to-face social interactions in helping to stave off depression.” Learn More

New research has now found that our smartphones even know when we’re depressed. 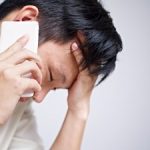 As technology advances, it seems there’s nothing our Smartphones can’t do. No longer just for making phone calls, they are our all-in-one personal assistant. New research has now found that our phones even know when we’re depressed.
A small, Northwestern Medicine study reveals that our phones can detect when we’re depressed. By tracking usage as well as location, our phones can determine when we are depressed say the researchers.
The findings revealed those who were depressed typically used their phones for up to 68 minutes a day – this in comparison with non-depressed people who only use their phones for 17 minutes a day. Learn More 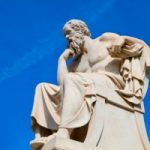 A new technique of treating depressed patients is altering the way many psychologists and clinicians approach this dreaded condition.
While patients go to their therapists for answers to their cognitive problems, a new study (published in Behavior Research and Therapy) believes the problem can be resolved with questions.
This is the first study to show that people who suffer from depression see remarkable alleviation of their symptoms when subjected to a technique called “Socratic questioning.” Learn More 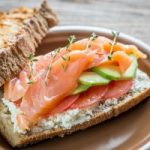 We all know that a fish based diet is good for the brain, but researchers have elevated the status of fish from ‘good’ to ‘great’ by proving that a diet high in fish can reduce the risk of depression, schizophrenia, Alzheimer’s disease and other mental disorders.

A research study done by a team from the Medical College of Qingdao University in China analyzed the potential impact of a steady diet of fish on a person’s risk of depression. The results of the study reveal a direct relationship between a high-fish diet and brain health in both men and women.

The details of the study are available in the Journal of Epidemiology & Community Health. Learn More

Depression will be a growing health concern in 2016 the new findings and research show a new direction to depression detection and treatment.