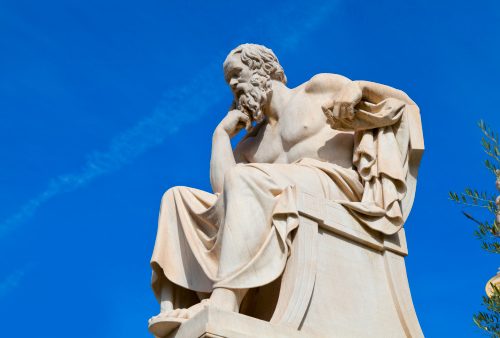 A new technique of treating depressed patients is altering the way many psychologists and clinicians approach this dreaded condition.

While patients go to their therapists for answers to their cognitive problems, a new study (published in Behavior Research and Therapy) believes the problem can be resolved with questions.

This is the first study to show that people who suffer from depression see remarkable alleviation of their symptoms when subjected to a technique called “Socratic questioning.”

Socratic questioning is a method where the therapist steers the patient towards new perspectives on themselves and their place in the world through a series of guided questions. The questions inspire the patients to look closely at their negative thoughts, get unstuck from their negative way of thinking, and get broader, more positive and realistic perspectives.

Unlike current therapies that focus on the relationship between the patient and the therapist to foster a positive therapeutic response, the study shows that the symptomatic improvements with the Socratic questioning go above and beyond therapeutic relationship.

The study was conducted at the Ohio State Depression Treatment and Research Clinic. In the study, 55 patients participated in a four-month course of cognitive therapy for depression. As part of the study, the patients completed a questionnaire at the beginning of each session that measured their symptoms.

Researchers found that patients showed greater improvements after the sessions in which they used more Socratic questioning. The idea is to teach patients to ask themselves questions and encourage them to be skeptical of their own negative thoughts. Once they start doing this, they tend to develop a more positive outlook and their depression can be reduced.

Here’s a hypothetical situation to show how Socratic questioning works. Let’s say a patient feels, he’s worthless and his life is not worth living after his divorce. The Socratic questions his therapist can use could be a series of questions, challenging the patient’s belief. Questions such as:

Do you feel that everyone who has experienced divorce is a failure?
Do you know of anyone who actually prospered and became more confident after a divorce?
What is the connection between getting divorced and being a total failure?
Where is the evidence that you were successful before your divorce and a failure after it?

By asking these questions, the therapist hopes to make the patient realize his thinking is wrong and hopes the patient will start asking such questions himself/herself. As for the patients, they begin to realize (over the course of answering these questions) that by excluding information that did not fit in with their negative thoughts, they were not looking at the big picture.

The reason cognitive therapy has long-lasting positive effects is that once the patients learn to question their negative thoughts, they continue doing so even after the treatment ends.

But this is just the beginning. The researchers are adding more impetus to their findings by analyzing more patients at the Depression Treatment and Research Clinic. The new research will also aim to find out what type of patients respond best to Socratic questioning.